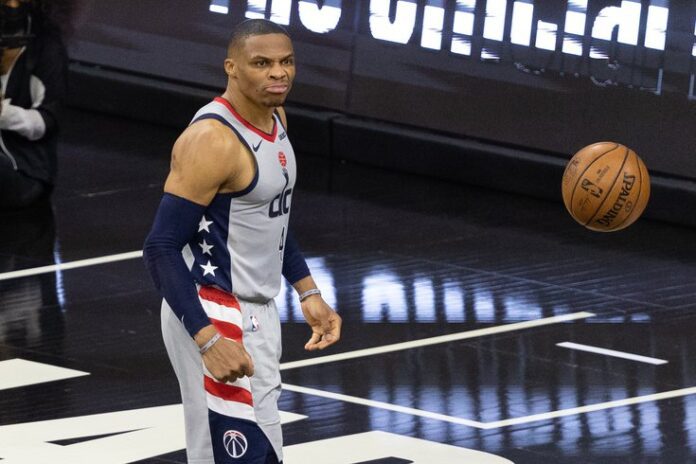 The playoffs have been nothing short of exciting. Teams are battling it out and as fans are able to return to arenas, the intensity has gone up. However, the return of fans has come with the typical element of nuisance as well.

A 76ers fan got into an incident with Russell Westbrook during the Washington Wizards vs Philadelphia Sixers game. After suffering an ankle injury, Westbrook was forced to leave the match.

On his way to the tunnel, a fan could be seen pouring popcorn from above onto Westbrook’s head. Westbrook was frustrated and could be seen being held back preventing him from getting into an altercation with the fan.

The 76ers later issued a statement regarding the incident.

“We have determined that the person involved will have his season ticket membership revoked. In addition, he will be banned from all events at Wells Fargo Center indefinitely,” it read.

When asked about the incident post-game, Westbrook was very vocal on protecting players.

“In these arenas, you gotta start protecting the players. We’ll see what the NBA does.” Westbrook said via ESPN

Lebron James also believes the NBA has a responsibility in protecting its players. James chimed in on the incident via Twitter.

Westbrook, who is known for his hot temper, has gotten into several altercations with fans in the past.

“I wouldn’t come up to me on the street and throw popcorn on my head, because you know what happens next,” Westbrook said.

Does the NBA have a responsibility in protecting its players?

Let us know what you think in the comments down below!