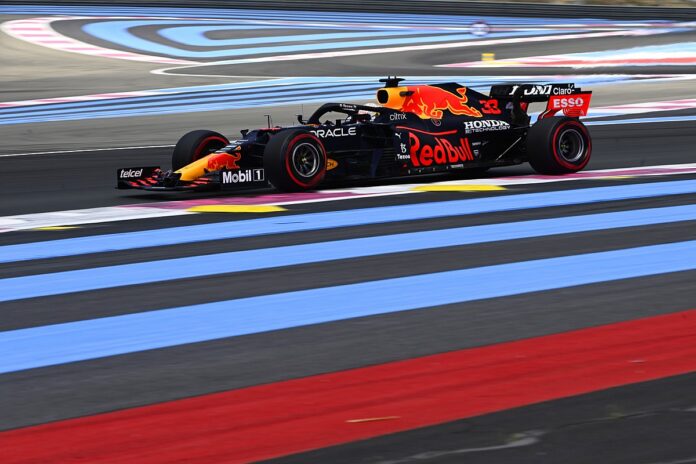 The British Grand Prix saw a Lap 1 crash for Max Verstappen, after he collided with Hamilton. Verstappen went into the barriers and retired from the race, having taken a crash impact of 51G.

Hamilton was awarded a 10-second penalty in addition to penalty points on his license for being involved in the crash. However, that didn’t deter the British driver from taking the victory.

Red Bull did not like the fact that it was just the penalty awarded to Hamilton. They appealed for further punishments for the seven-time champion, but the F1 stewards rejected their request.

Newey thanked the fans for their efforts to prove the legitimacy of Red Bull’s evidence against Hamilton. He also defended the decision taken by the Milton Keynes outfit to appeal.

“In that sense, I was very disappointed that the stewards decided that wasn’t new evidence. It’s unfortunate, but that’s their decision and we respect that,” Newey said

“In our case, we had analysis of GPS data, which I think is analogous to a video recorded in the grandstands. Both are technically available during the event but neither will be available to the stewards – in the case of GPS, it needs specialist analysis to make it viewable.”

Speaking about whether reviewing the decision was the correct action, Newey said “I absolutely do believe it was correct. Basically, the right to appeal is based on fresh evidence coming to light.

“It’s quite an old rule, and the thought when it was drafted was that perhaps there might be somebody taking video in the grandstands that could provide a different angle, and that would be admissible as new evidence,” he concluded.

Lewis Hamilton falls victim to naming McLaren ahead of Mercedes –...

Lewis Hamilton not too worried about COVID-19 – “There are a...