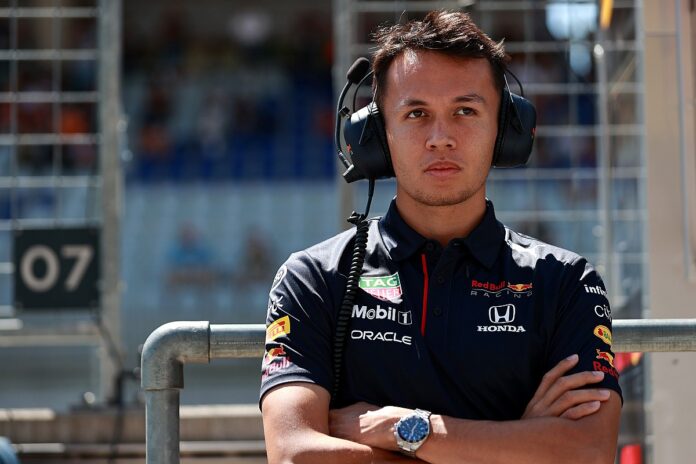 Following his turbulent stint as Max Verstappen‘s teammate with Red Bull, Alexander Albon was unable to convince the team to give him a longer run.

As a result, he lost the seat to Sergio Perez.

At the moment, Albon is working as a DTM driver for the team. However, he is on the lookout for other racing classes apart from Formula 1.

For instance, he has been in touch with Indycar team owner Dale Coyne for a while now.

What did Dale say?

“He’s been on our radar for a while and we’ve been speaking with him for over a year now and he’s interested, for sure,” Dale stated during an interview with F1i.com.

Dale also revealed that Albon had paid a visit to the Indycar grid last weekend.

Coyne is also the person who had offered a seat to Romain Grosjean in the same racing class.

‘It was fun to be in Indycar’

“Grosjean and Alex talked together for quite a while,” Coyne continued.

“Romain was telling him it was fun to be in IndyCar, a lot of less pressure, better relationships between teams, team owners, and between drivers.

“And I think Alex appreciates that the teams here aren’t set up to have one guy as number one and the other as the bridesmaid. That’s something Alex has been through, right?” the team boss added.

Indycar to be like a breath of fresh air

Coyne also talked about the pressure faced by an Indycar driver in comparison to Formula 1.

“So anyway, I think if they’re used to the pressure of Formula 3, 2 and especially Formula 1, drivers find IndyCar a breath of fresh air,” he explained.

“The hard work is what’s done on track, in pitlane, and in the engineering trailer. There’s not the politicking and pressure,” he concluded.

Can we expect Albon to drive for Indycar in the future? Only time will tell.

“Unworthy of Formula 1”: Verstappen pins blame on Portimao circuit after...