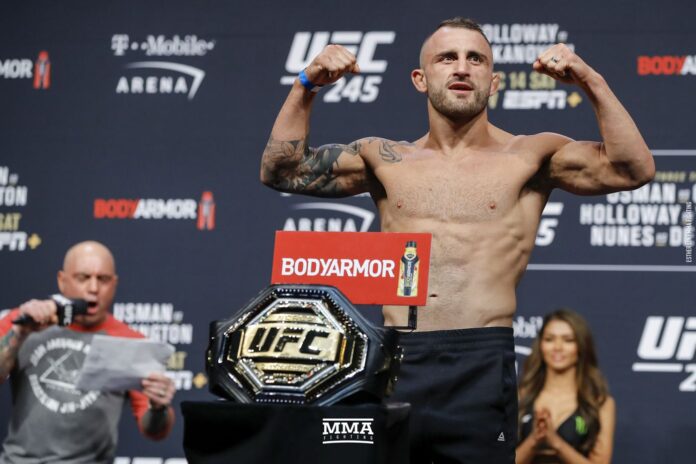 UFC featherweight champion Alexander Volkanovski had one of the most severe cases of COVID-19. He has been candid about how badly the virus affected him back in March.

It’s debatable if he’ll be able to grind hard after being officially diagnosed with COVID, which affects lung tissue.

In a series of Instagram stories, Volkanovski described a not-so-great fitness session on his bike that left him feeling worse than he expected.

He said, “Just did a strength session and was on the Airdyne bike, the assault bike. Tell you what, that got uncomfortable. I don’t know if it’s this bloody cold air in Australia cuz it’s freezing here, we came from Vegas where it’s boiling hot.

“We tried to do this outside, the assault bike … it absolutely rocked me. I don’t know if it’s cuz of the COVID or it’s just the cold weather but damn it trashed me.”

However, Volkanovski has plenty of time to recover. His ‘The Ultimate Fighter’ coach fight against Brian Ortega isn’t until September, giving him three months to prepare.

It’s also worth mentioning that Volkanovski got infected with the Covid-19 virus around the end of March, which means he’s been sick for nearly two months.

Given everything we know about his case, it’s almost unbelievable that he’s training as hard as he is.

Read more: Alexander Volkanovski reveals dates for his bout with Brian Ortega – ‘I think it is like September’

“I’ve done more in boxing than you have your whole life”:...