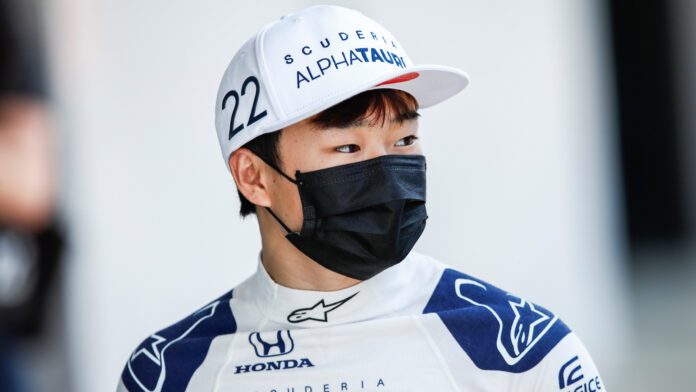 Yuki Tsunoda‘s entry into Formula 1 began on a high but his pace, performance, and results have been mediocre so far this season.

The rookie still shows paces sometimes, however, his performance is highly inconsistent.

Team boss Franz Tost thinks that the AlphaTauri driver still has a long way to go to develop into a professional driver.

it wasn’t an easy day for @yukitsunoda07, but the pace is there and we go again in Silverstone 💪

Out of nine races so far, Tsunoda has managed to claim nine points. His teammate Pierre Gasly is a long way ahead with 39 points in his bag.

The Japanese driver also had to endure several accidents this season, primarily crashing his AlphaTauri on many occasions.

Tost, however, is confident in the progress of Yuki and affirms that he will learn from his mistakes and drop down on his errors.

What did Tost say?

Formula 1 has become a highly complex sport over the years and this is exactly why Yuki is taking time to fit in, according to Tost.

“Yuki is improving really well and the complete process is absolutely in the right direction,” said Tost.

“You can’t expect that a rookie knows everything from the very beginning onwards.

“That’s why I always say a young driver needs three years to understand this complicated Formula 1 because Formula 1 has become much more complicated than it was years before,” he explained.

Franz Tost has also stated that he is perfectly satisfied with Yuki’s performance and developments. He also mentioned that fans can expect a thrilling performance from the Japanese in the second half of the season.

”I am very happy with Yuki. He shows fantastic natural speed and he is improving day by day, session by session,” he added.

“I am quite optimistic that we will see a very good second half of the season and that Yuki will also be successful in the future.”

We are yet to see Yuki find his form. Hopefully, it does not take long.