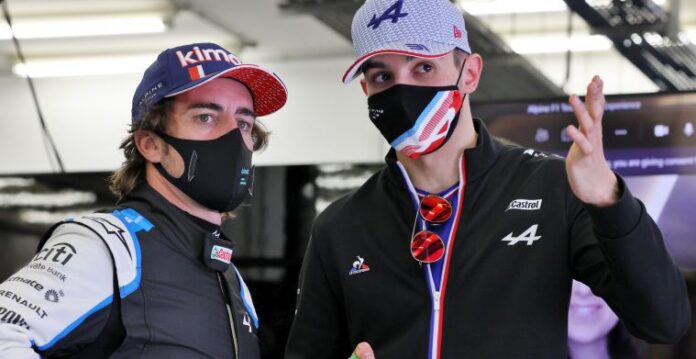 After a break of two years, Fernando Alonso made his comeback with Alpine this season. Till now, he has not disappointed his fans.

This comes after Alonso finally finding his feet in his car following a difficult start to the season.

The two-time world champion, after managing to score points in six races has also found his mojo back, something that was clear from the Hungarian GP.

Throughout the race, the Spaniard held his ground and kept seven-time world champion, Lewis Hamilton at bay.

For almost 10 laps, he defended against the Brit which allowed Alonso’s teammate, Esteban Ocon secure his maiden Formula 1 victory.

Alpine’s non-executive director and former world champion, Alain Prost does agree that signing Alonso is paying off. However, he also revealed that they had their doubts regarding Alonso.

What did Alain Prost say?

Talking about Alonso’s two-year absence from the sport, Prost stated that the outfit had their fears.

“Fernando was exceptional. We have to be honest–we all had little fears when we signed him, and today he proves to us that he is doing a season with an absolutely incredible mentality,” Prost stated.

“He really does whatever it takes for the team. Of course, in the car, he knew what to do to help Esteban stay ahead, and that’s pretty amazing,” he added.

After the restart of the British Grand Prix, Ocon was able to hold the lead for the next 70 laps. The Frenchman held his ground against the likes of Sebastian Vettel and Lewis Hamilton.

By winning the Hungarian GP, Ocon became the first French driver to win in a French car powered by a French engine in the last 38 years.

The last time this happened was back in 1983 by Alain Prost.

“I’m so happy for Esteban, he has had some very, very difficult weeks. But when you finally win a Grand Prix, you move into a different dimension,” Prost stated.

“He knows that you can start eighth and win a race. Every time he starts a race now, he’s going to think about that.

Will Ocon continue to win more races? Only time will tell.

“Abundance of footage was available”: Claire Williams’ husband lashes out at...