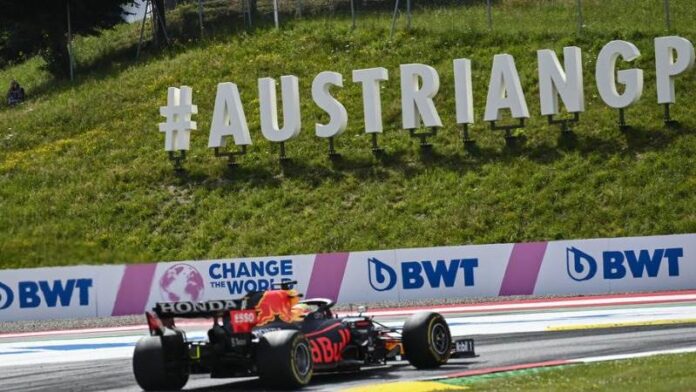 Red Bull has managed to find a significant chunk of power for their cars on straights thanks to the new Honda power unit upgrade.

This is according to a report by sports medium Auto, Motor und Sport.

The report was published after looking back on the race on Saturday in Austria.

Lewis Hamilton highlighted the increase in power of the Red Bull cars as compared to Mercedes.

This was after the qualifying at the Red Bull Ring.

However, Max Verstappen denied this and was ready to offer prints of the rear wing as compensation.

The report says it all

According to Auto, Motor und Sport, Red Bull has managed to gain power since their Honda update back in France.

The changes were made compliant with the regulations and the reliability of the power unit was kept in mind before tinkering with the machine.

“According to the regulations, changes to the engine to increase performance are prohibited,” the report stated.

“But every engineer knows that with improved reliability, sharper mappings can also be activated without damaging the drive.

“The competition has calculated that the Red Bull should have gained 10 kW, i.e. almost 14 hp,” the report concluded.

Read More: Sergio Perez uncomfortable in car despite early success – “Have to find a bit of fine-tuning”