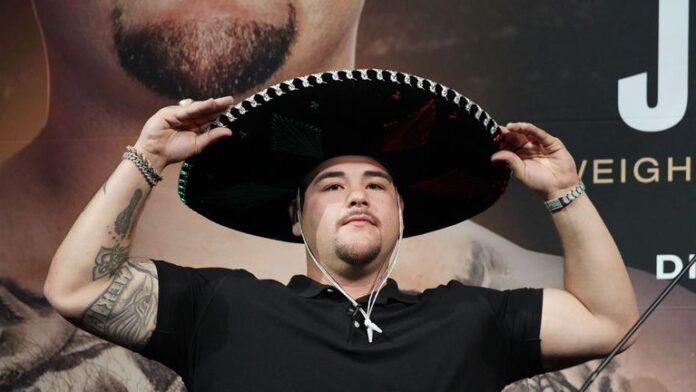 Andy Ruiz Jr. is a professional boxer from the United States.

Andy Ruiz Jr. defeated Anthony Joshua for the WBA (Super), IBF, WBO, and IBO heavyweight titles in June 2019. His record now stands at 33-1, with 22 knockouts and 11 decisions. Andy Ruiz Jr. was named the world’s best active heavyweight shortly after his victory, according to BoxRec.

Andrés Ponce Ruiz Jr. was born in Imperial, California, to Mexican parents who had immigrated to the United States. His father is a former construction worker who began his own house flipping business. Before his father got him into boxing, Ruiz had a passion for baseball.

In 2007, Ruiz graduated from Imperial High School. Ruiz later worked in construction for his father before deciding to pursue a full-time boxing career and beginning his amateur career in Mexico. His grandfather ran a boxing gym in Mexicali that featherweight champion Jorge Páez frequented.

Ruiz boxed to a 105–5 record as an amateur under Cuban trainer Fernando Ferrer. Among his 105 victories are two gold medals from the Mexican National Junior Olympics and a title from the Ringside World Championships.

Ruiz also competed for Mexico in two Olympic Games qualification tournaments in 2008, losing to eventual Olympians Robert Alfonso of Cuba and Oscar Rivas of Colombia in the first and second qualifiers, respectively. Ruiz’s parents were both born in Mexico, so he is eligible to represent his country.

Ruiz Jr. has a professional boxing record of 33 wins and only two losses. Throughout his career, ‘Destroyer’ has amassed a number of impressive victories. He has defeated the likes of Devin Vargas, Kevin Johnson, Alexander Dimitrenko, and, of course, Anthony Joshua.

Angel “Memo” Heredia, a well-known strength and conditioning trainer, confirmed in 2017 that he would be working with Ruiz. Ruiz’s next ring appearance was on the undercard of Gilberto Ramirez vs. Habib Ahmed’s WBO super middleweight championship title fight on February 3, 2018 at the American Bank Center in Corpus Christi, Texas.

His next fight was set for July 7, 2018, at the Save Mart Center in Fresno, California, against veteran journeyman Kevin Johnson. Ruiz was reported to have signed a deal with powerful advisor Al Haymon in 2019 and would now be part of the Premier Boxing Champions stable, with his fights airing on Showtime and FOX.

Ruiz put his name forward prior to the Dimitrenko fight to replace Jarrell Miller and challenge Anthony Joshua for the unified WBA (Super)/IBF/WBO/IBO heavyweight titles on June 1, 2019.

On January 11, 2019, it was announced that Ruiz had signed a contract with powerful adviser Al Haymon and would now be a member of the Premier Boxing Champions (PBC).

On March 7, it was announced that Ruiz’s PBC debut would take place on the undercard of Danny Garca vs. Adrián Granados on April 20 at the Dignity Health Sports Park in Carson, California against 36-year-old German boxer Alexander Dimitrenko (41-4, 26 KOs) in a ten-round bout.

Ruiz defeated Dimitrenko in the fifth round by TKO. Ruiz nearly knocked Dimitrenko out in round four, but Dimitrenko managed to make it to the end of the round. Ruiz landed 68 punches overall, while Dimitrenko only landed 21.

Joshua vs. Ruiz was confirmed and announced to take place at Madison Square Garden in New York City on May 1, one month before fight night. Ruiz defeated Joshua in the seventh round by technical knockout, capturing the unified WBA (Super), IBF, WBO, and IBO titles.

It was announced in September 2019 that Ruiz would defend his titles against Joshua in a rematch. The fight broke the UK PPV record, with 1.575 million buys. Ruiz was defeated by unanimous decision in the rematch, with the three judges scoring the bout 118–110, 118–110, and 119–109.

Ruiz faced former WBC title challenger Chris Arreola on Fox PPV on May 1, 2021, in his first fight since losing his world titles. This was his first fight with new trainer Eddy Reynoso at his side. Ruiz came back from a knockdown in the second round to win a unanimous decision with scores of 118–109, 118–109, and 117–110.

Ruiz Jr is married to Julie, and the couple has five children, though their personal lives are kept private.

Ruiz rose to prominence as a result of his victory over Joshua. He made appearances on talk shows, threw out the first pitch at a Dodgers game, had a hometown parade, and met with Mexico’s President.

Ruiz Jr’s net worth is estimated to be $10 million in 2021 by Celebrity Net Worth. His professional boxing is his main source of income. However, the super-star boxer earns a significant portion of his income from endorsements.

Ruiz’s total boxing earnings had surpassed $300,000 prior to the first buy against Joshua. When he defeated Anthony Joshua, his total earnings, including Pay Per View and the win bonus, surpassed $7 million.

The majority of his earnings have come from his two fights with Anthony Joshua.

Ruiz Jr has become one of the most well-known athletes since defeating Joshua. He has major endorsement deals with Snickers and Fashion Nova, among others.