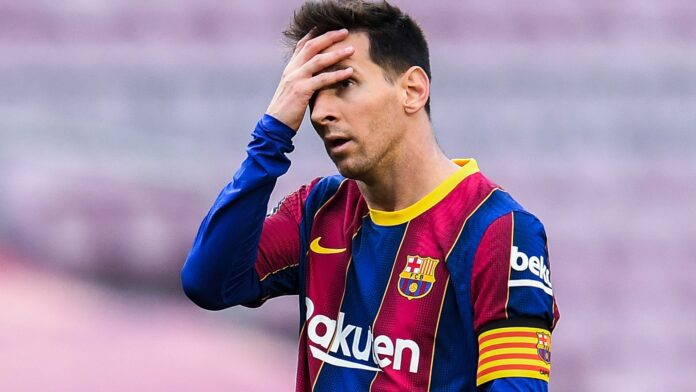 In a moment of absolute shock, Barcelona cannot register Messi, due to their abysmal financial condition. This ended a 17-year association between the little magician and Barcelona. Unsurprisingly, fans have been distraught at the proceedings, and have proceeded to look for scapegoats.

One such player is Griezmann. The French international is one of the highest-paid players in the club, but reportedly refused to take a pay-cut to help the club. Although that is not exactly the reason for the Messi situation, the fans let Griezmann know what they felt.

Griezmann was greeted with boos by Catalan ultras, who shouted, “Messi is leaving because of you,” among other insults and chants.

From bad to worse

The team atmosphere at Barcelona is terrible at the moment. The surroundings of the sports facilities have been attacked by the angry fans, who are leaving no stone unturned to let their feelings know. Multiple players have faced the wrath of the fans, including full-back Jordi Alba. He has received messages from fans, which include words like, “Get off the floor.”

This is the end of an era at Barcelona, and if they don’t steady their ship, they may end up becoming the next AC Milan or Arsenal. Not only have they lost their best player ever, but also a massive source of revenue and marketability. Barcelona are in free fall, and the Messi saga has only furthered that fall. Now they will have to usher in a new era.

With La Liga to begin shortly, Barcelona don’t even have a proper squad. They have to buy and sell aggressively in the coming days to stay competitive. It is a shame to see the club we associate most with pure football fall to such lows. All rivalries aside, let us hope they bounce back and remain a force in world football.