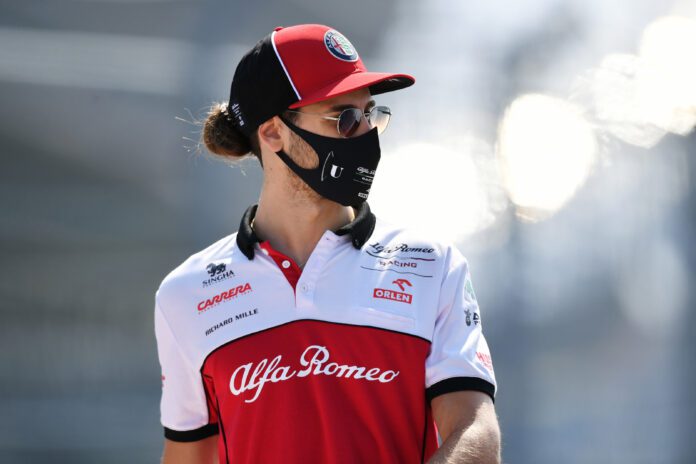 Alfa Romeo driver Antonio Giovinazzi is currently in his third season with the outfit. The 27-year-old driver has had an impressive season so far even though he often goes unnoticed.

Giovinazzi scored his first point of the season for his outfit back in Monaco and hopes that his tenure with Alfa Romeo extends beyond 2021.

The Italian was asked about his future in the sport to which he said that he does not know at the moment.

“The only thing I can do now is do a good job, drive fast and then we’ll see what will happen next year.

“I would really, really like to stay here also next year, at my team I’m still in,” he added.

“Staying for the third season, I know the people really well. I have a good relationship with the people inside, with Fred [Vasseur, Alfa Romeo team principal] as well.

Raikkonen has helped a lot

Giovinazzi goes on to add that he has been learning a lot with the help of his teammate Kimi Raikkonen.

As a result, he has been able to improve his driving on top of having the motivation to work hard.

“It’s my third season in Formula 1 so I have more experience,” he explained.

“You know, I think this year we have a faster car, faster power unit, so we can have more fun and when you feel better in the car, you can be on the limit, push more.

“From my side, my target for this season was to improve myself in the second season and I’m happy that all this work in the winter is still working and I need to keep working to find more on myself. I still can improve a lot.

“Also to have Kimi alongside me is a help, a big help because he’s an experienced driver, a fast driver. So, it’s good to have him, learn from him and I’m happy that all this work, like I mentioned before, is paying off.”

Alfa Romeo team boss Frédéric Vasseur has acknowledged that Giovinazzi has improved for sure, especially in race management.

“For me, he improved probably more in the race management than in the quali pace,” he said.

“That quali pace was already there in the second part of last season and now he’s also able to do a very good management during the race and to have strong race pace,” he concluded.

Max Verstappen could not care less about media hype around Silverstone...