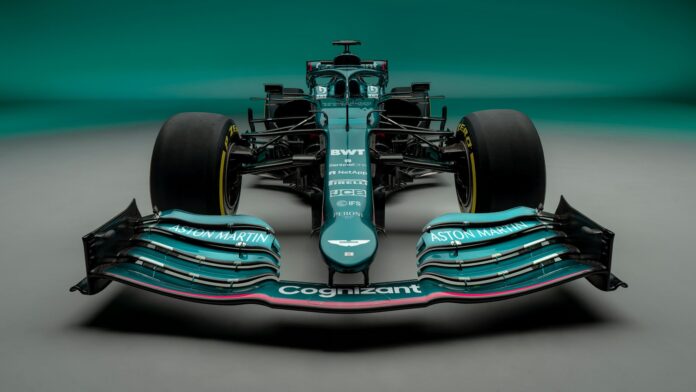 Aston Martin is planning to alter their green livery to try and make it stand out, especially during television coverage.

The Silverstone-based team had released their new dark green livery for the 2021 season.

This was a part of their branding initiative when the outfit shifted title sponsorship from Austrian water company BWT to American technology firm Cognizant.

From pink to green

Previously known as Racing Point and Force India, the outfit drove on track in a striking pink color between 2017-2020.

However, after Lawrence Stroll became part-owner and executive chairman, the team rebranded to Aston Martin.

The new livery has made it difficult to distinguish it from other outfits with a dark theme, most notably Mercedes.

Aston Martin CEO Otmar Szafnauer has revealed that they are in line to try and make the green color pop a bit more on television.

“The green colour suits us, that’s for sure,” Szafnauer stated at the Austrian Grand Prix. “It’s a stunning color in the sun and when you’re looking at it in person.

“But I believe we should be looking at making it pop a little bit more on television – without losing the green when you’re looking at it outside.

“I don’t know if we can do that, but that’s one thing that we’re looking to do, just to make sure that it differentiates itself on TV from some of the other darker cars.”

BWT CEO Andreas Weissenbacher had suggested that Aston Martin should revert back to pink color ahead of last weekend’s Styrian Grand Prix.

“Aston Martin boss Lawrence Stroll understands that my heart is bleeding,” he said.

“If the Aston Martin were pink, title sponsor Cognizant would also have more fun because the recognition value would be much higher.

“From a business point of view, it was wrong. Historically the British racing green is certainly understandable for many, not for me. The Aston Martin does not stand out on TV.”

Szafnauer revealed that there is not much chance for Aston Martin to go back to its old pink livery.

He also said that BWT will not be getting full branding rights as Weissenbacher had suggested.

“With the name of Aston Martin, and Aston Martin being green traditionally, and we’re growing the Aston Martin Cognizant F1 team, I would think it will stay green,” he stressed.

“Ferrari is red. Aston Martin is green,” he concluded.

We can only wait to see how the green stands out in future races.