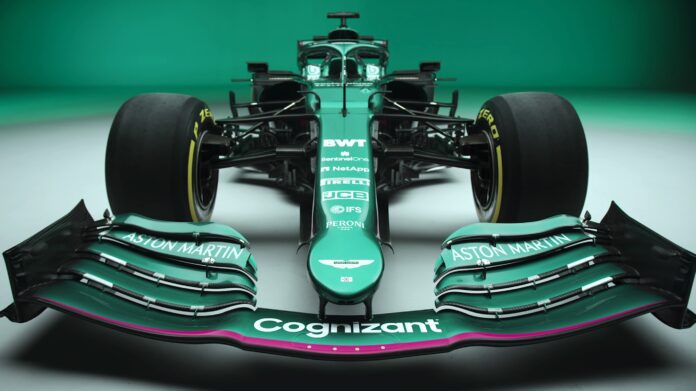 Aston Martin‘s return to Formula 1 paved the way for the return of British Racing Green onto the grid.

Team Principal Otmar Szafnauer has revealed that they are in line to make the green even ‘greener’.

Since 2017, Force India/Racing Point have been running pink representing their key sponsors BWT.

After Lawrence Stroll purchased the team via a consortium of both a significant stake and the squad, Aston Martin was able to return as a works team for the first time since 1960.

This changed the pink livery to green. Szafnauer revealed that while the green looks good, it does not really stand out on television.

“I think the green colour suits us, that’s for sure,” said Szafnauer.

“I don’t know if we can do that,” added Szafnauer, “but that’s one thing that we’re looking to do, just to make sure that it differentiates itself on TV from some of the other darker cars,” he concluded.

Going back to pink out of the question

Force India and Racing Point cars never had any difficulty in standing out on the track with their bright pink color.

But Szafnauer dismissed speculations of the team going back to a pink livery with the name Aston Martin.

“With a name like Aston Martin,” said Szafnauer, “and Aston being green traditionally – and we’re growing the Aston Martin Cognizant Formula 1 Team – I would think it will stay green.

“Ferrari is red,” added Szafnauer, “Aston will be green.”

Read More: Daniel Ricciardo explains how Norris’ form reminds him of his time back with Verstappen