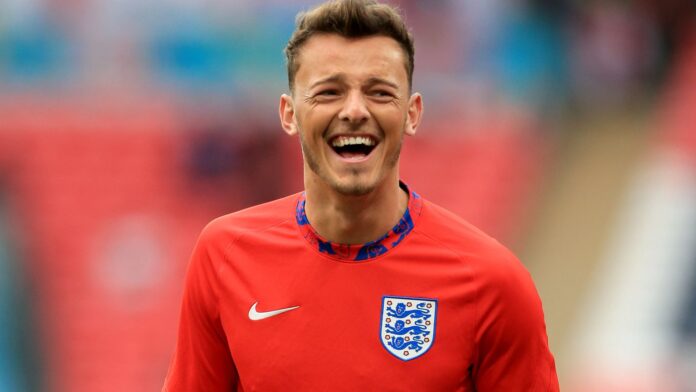 The word ‘prodigy’ gets thrown around in football way too often. Oftentimes, people are quick to label a player a prodigy, only for said player to dip the next season and never recover. However, there are a few who maintain their standards. One of them is defender Ben White.

Ben White is an English defender who will play for Premier League giants Arsenal in the 2021-22 season. He is a centre-back by trade, but can also play at right-back, and even as a defensive midfielder. The 23-year-old is a versatile player, and is rightfully considered a prodigy of English football.

Standing at six feet tall and weighing 78 kg, White is one of the most impressive young defenders in England. He played at Newport County in League Two, and at Peterborough in League One. His most impressive stint came at Leeds United, where he played every game and helped Marcelo Bielsa’s side win the 2019-20 Championship, securing the team’s promotion to the top flight. The next season, he finally played for his parent club Brighton and Hove Albion in the Premier League, where he helped the Seagulls avoid relegation. This meant White made his way up from League Two to the Premier League in four seasons, which is a testament to how important he can be in a team.

He made his England debut in a warm-up match against Austria as a substitute, replacing Jack Grealish. There, he cleared a potential last-minute Austrian goal off the line, ensuring England won 1-0. His impressive performances earned him a call-up to Gareth Southgate’s England side that took part in the Euros. Although he never got to play, Southgate praised White and other unused players, stating that they played a key role in making the team hit the heights they did.

It has been a remarkable journey for White, then. Having been released by Southampton when he was 16, he joined Brighton and debuted as a teenager. The aforementioned successful loan spells furthered his development as a player, and he is on course to becoming one of the best future defenders in the Premier League.

White is primarily a ball-playing centre-back. He is calm and collected on the ball, even under pressure from opposition attackers. He is gifted with good pace and technical ability, and uses these to challenge attackers or carry the ball forward. Furthermore, he has also drawn praise for his tackling ability and some last-ditch tackles to prevent goals. His versatility means he can slot in at right-back or defensive midfield if needed, and he doesn’t look out of sorts in those positions. Furthermore, he has also displayed great instinct for attacks, and often bombs forward to lead and start counter-attacks.

With Arsenal looking to reinforce their backline, it is no wonder they signed Ben White. Arsenal manager Mikel Arteta is a big fan of White, and the general consensus is that he would be a great signing for the Gunners. £50 million may be a questionable figure for some, but given his young age, it may be a shrewd investment. Plus, if the Arsenal No. 4 can perform at a good level, he will be worth the price tag.

White was born Benjamin William White in Poole, England. He was born on October 8, 1997. His father’s name is Berry White, and his mother’s name is Carole White. White has a sister named Ellie White, and he has revealed that she took care of him multiple times.

White suffered from a weak immune system when he was born, and it persisted for quite a while. He has also suffered from appendicitis. From a young age, he wanted to play football, and was very interested in the sport. He chose to pursue it as a hobby, and later as a career.

White has a deal with Adidas, and wears Adidas Nemeziz cleats. These boots are also worn by his fellow English players, including full-backs Luke Shaw and Kieran Trippier.

Arsenal suffered a lacklustre 2020-21 season, failing to qualify for Europe for the first time in a long time. They were also knocked out of the Europa League semi-final by Villareal. The main problem with their team was a leaky backline, and Ben White may be the solution to it.

White is proven in English football, and knows what is demanded of defenders playing in England. Furthermore, his experience with helping teams push above their weight may be just the thing Arsenal needs to get back to where they were. With Arsenal shifting their focus to the youth and boasting talent like Bukayo Saka and Emile Smith Rowe, White may be the latest piece of the puzzle Arsenal needs to complete to challenge for high levels again.

Ben White is a player who is a prodigy, and barring injury or a severe dip in form, has done everything right so far to live up to that tag.

Read more: Christian Eriksen: A look at the career of the Danish talisman