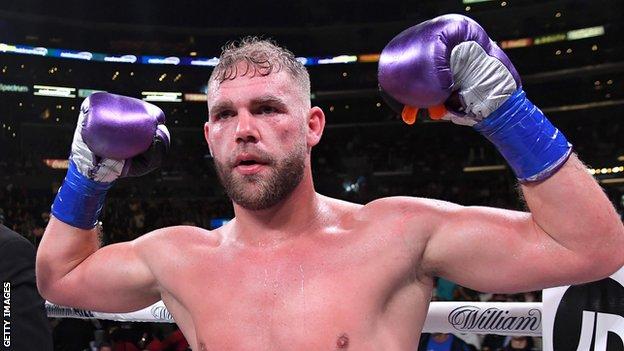 Saunders, who is originally from Cheshunt, grew up in a Romanichal travelling community near Hatfield, Hertfordshire. His great-grandfather, Absolom Beeney, was a well-known bare-knuckle boxer in the community.

Saunders is the first boxer from the Traveling community to win two world titles. Between 2012 and 2015, he held the European, British, and Commonwealth middleweight titles. Saunders competed for Great Britain as an amateur at the 2008 Olympics, reaching the second round of the welterweight bracket. He won gold at the EU Championships the same year.

On December 19, 2015, Saunders made history by competing in the first world title fight between two members of the travelling community, against Andy Lee; Saunders won the bout by majority decision to become the WBO middleweight champion.

Saunders defeated Cuban Carlos Banteux in his first 49 amateur fights at the senior level, including the 2007 Commonwealth Championships and the 2008 Strandzha Cup. At the age of 18, Saunders qualified for the 2008 Beijing Olympics in the welterweight division.

He beat European champion Andrey Balanov and Kakhaber Zhvania in the European area qualifier in Pescara, Italy, but lost in the semi-final to Oleksandr Stretskyy before beating Pavol Hlavaka for the all-important third spot to become the first person from the British Romanichal community to qualify for the games.

Saunders made his professional debut on February 28, 2009, against Attila Molnar at Birmingham’s National Indoor Arena.

Saunders faced Nick Blackwell for the vacant British middleweight title on December 15. This was one of Saunders’ first difficult fights, as he was forced to go the full twelve rounds on his way to a competitive unanimous decision victory on the judges’ scorecards.

The fight between Saunders and Lee for the WBO world middleweight title was officially announced in June. The fight was originally scheduled for September 19 in Lee’s hometown of Limerick, but it was postponed and moved to Manchester on October 10 due to Lee’s viral infection.

Another postponement occurred on September 1st as a result of Saunders receiving a cut during sparring. The fight was later rescheduled for December 19th.

Saunders and Akavov faced each other on December 3rd at Lagoon Leisure Centre in Paisley, Renfrewshire, Glasgow, Scotland.

On September 27, ESPN’s Dan Rafael broke the news that Saunders had tested positive for oxilofrine, a stimulant. The MSAC denied Saunders a licence during a hearing, which meant he couldn’t defend his title against Andrade. According to reports, the cancellation cost Saunders’ team approximately $2.3 million.

On October 11, 2018, it was announced that Saunders had vacated the WBO middleweight title in preparation for his suspension.

Coceres fought hard for the first ten rounds, but in the eleventh, Saunders knocked Coceres down three times, prompting referee Ray Corona to wave the fight off 1 minute 59 seconds into the penultimate round, securing the victory and successfully defending his WBO title.

After more than a year away from the ring, Saunders will make his second defence of his WBO title against Martin Murray on December 4, 2020, at the SSE Arena in London. Saunders defeated his opponent by a convincing lopsided unanimous decision, with the judges’ scorecards reading 120–109, 120–109, and 118–110 in his favour.

Canelo Alvarez’s trainer Eddy Reynoso confirmed Saunders as the Mexican’s next opponent on 2 May 2020 on 28 February 2020, with a contract still to be finalised. After previously launching in nine countries, the fight was supposed to mark DAZN’s global launch in Latin America, the United Kingdom, and 189 other countries. However, the fight was postponed due to the spread of the Coronavirus disease.

After lvarez’s successful title defence against Avni Yldrm on 27 February 2021, Eddie Hearn, both Saunders’ and lvarez’s promoter, confirmed a unification bout on 8 May 2021 for Saunders’ WBO title and lvarez’s WBA (Super), WBC, and The Ring titles.

Saunders was hit with an uppercut near the end of the eighth round, causing immediate swelling to his right eye in front of 73,126 fans, a record number for an indoor boxing event in the United States. At the end of the round, he informed his trainer Mark Tibbs that he couldn’t see, prompting Tibbs to call a halt to the fight, handing Saunders the first defeat of his career.

Saunders is estimated to be worth $2 million as of 2021. It was further claimed that his yearly income from the sport is $360,000, including a fight pay of $180,000. As a result, his boxing career is his primary source of income.

According to Net Worth Portal’s official social media, the champion is supported by Fly boxing gloves for all of his battles. He also has a deal with the apparel store Casual Basement, which can be seen on their Instagram page. He is associated with The Hapi Company which is a luxury toothbrush company.