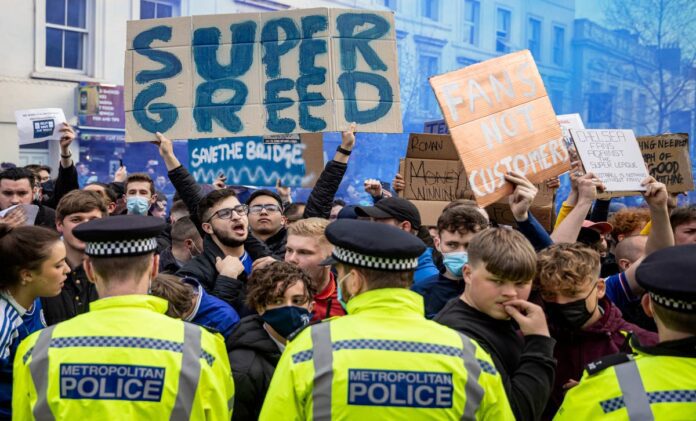 Britain and the British government want to change the laws to protect football from any potential breakaway leagues to the future.

The European Super League, which came into being in April, caused fans all over the world to react in disgust and disbelief. Such was the backlash that the project collapsed within 48 hours after its launch. A major reason for that was the withdrawal of the English clubs from the breakaway project.

As reported by the telegraph, England ministers are working on plans to change legalities surrounding competitive English football. These changes will allow authorities like the English Premier League and the English Football Association to take strict and binding action against any club that attempts to break away.

The same sentiment was shared in April, when Prime Minister Boris Johnson condemned the Super League. He announced that he was considering legal action against clubs who broke away to the European Super League. He slammed it and likened it to a cartel.

A Spanish court ruled last month that football governing bodies had to cancel all legal sanctions imposed on Real Madrid, FC Barcelona and Juventus for planning the Super League. These are the three clubs trying to salvage the project, but it can’t take shape yet.

The Telegraph, citing sources, reported, “We stood with fans against this hated proposal, and if these European legal cases lead to clubs having another go we will have legislation ready for further action. We remain resolute in blocking this.”

War to be won

The European Super League is a deplorable movement in football, and it was a dark day in football history. Money prevailed that day over emotion and history, but ultimately, the sheer power of fans won.

In that regard, there should never again be a trace of an attempt to restart the Super League. Thus, the British Government is doing some fine work on that front.