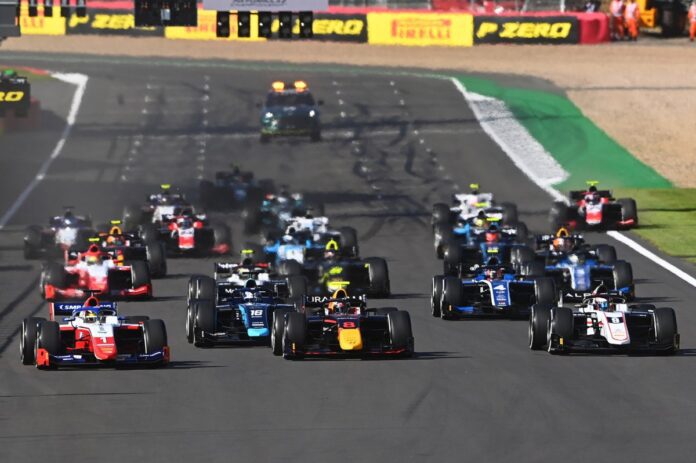 Max Verstappen had a good day in office after he secured the first-ever F1 sprint race win along with his fourth consecutive pole position of the season.

Behind him sits Lewis Hamilton, who despite starting from P1, was unable to defend his spot against the Dutchman.

Valtteri Bottas sits at P3 just behind his teammate while Charles Leclerc started and finished his race at P4.

Following the Ferrari driver is the McLaren duo, Lando Norris and Daniel Ricciardo at P5 and P6 respectively.

Fernando Alonso managed to secure P7 after a tough battle with Sebastian Vettel who sits at P8.

George Russell came in at P9 while Esteban Ocon completed the top 10.

What happened during the sprint race?

Bottas, along with three other drivers decided to opt for the soft tyres while the rest of the pack were on mediums.

At green, Verstappen shot past Hamilton to take the lead which he maintained till the end of the race.

Sergio Perez, on the other hand, did not have much luck as he fell down to P8.

Alpine driver Alonso managed to reach up to P5 ahead of Norris but soon lost out to the Brit after lap 6.

Despite taking an offensive stance in the start, the end of the race was more of a defensive drive for Alonso as he fought to retain his spot against Sebastian Vettel.

However, the Aston Martin driver was unable to overtake the Spaniard.

During the first lap of the race, Nikita Mazepin had to endure a spin after tangling with his own teammate.

Up the grid, there was contact between George Russell and Carlos Sainz on Turn 6 which led the latter to drop down to P15.

Following this was a major spin for Sergio Perez which saw him drop down to P19. He was also the only retirement in the race having withdrawn into the garage in the very last lap.

As a result, the Mexican will have to start last on Sunday.

Read More: Lewis Hamilton still has the option to ‘escape’ from his contract at Mercedes