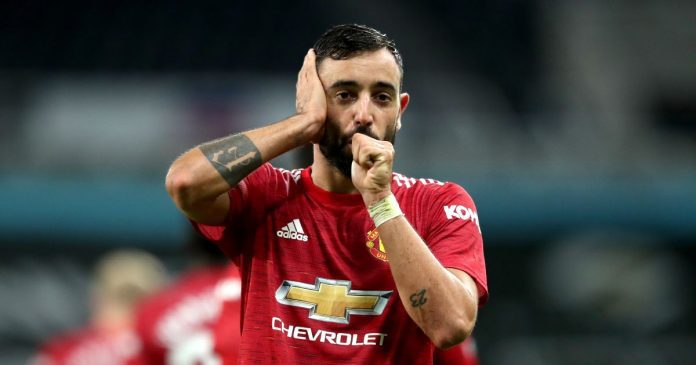 Bruno Miguel Borges Fernandes is a Portuguese professional footballer. He is a midfielder who plays for Premier League side Manchester United, and the Portugal national team. He is considered to be one of the best midfielders in the world today, and is hailed for his goalscoring, playmaking, leadership and workrate.

Fernandes started his career in the Italian league Serie B, where he played for Novara. He soon made the switch to Serie A club Udinese in 2013. His solid performances saw him earn a move to Sampdoria in 2016. As he started to get on the radar of European clubs, Sporting CP won the race to sign him in 2017.

At Sporting, Fernandes was made club captain, and evolved to become a world-class player. He won the Tacas da Liga in 2018 and 2019, and also won the Taca de Portugal. He was named Primiera Liga Player of the Year in both seasons for his outstanding performances. Throughout this period, what stood out was his goalscoring prowess, as he scored a staggering 33 goals in all competitions. This number was the highest for any midfielder in Europe in a single season. Even some forwards could not score the number of goals Fernandes scored in that time period.

With such numbers, signing Fernandes was top priority for many clubs, including Tottenham Hotspur and Manchester United. The Red Devils won the race to sign him, paying an initial £47 million for his services in January 2020. His impact was immediate and stunning, as United romped back from mediocrity to qualify for the Champions League. His impact was likened to the great Eric Cantona’s, and it only went upwards from then on. With him as the talisman, United finished second in the league and reached the Europa League final.

On the international stage, Fernandes has been key for Portugal. He made his debut in November 2017, after being capped at under-19, under-20 and under-21 levels. He was a member of the team that represented Portugal at the 2018 FIFA World Cup, the 2019 UEFA Nations League, and the Euro 2020. Portugal won the 2019 competition at home, beating Netherlands in the final, as Fernandes capped off a spectacular tournament by being named in the Team of the Tournament.

Fernandes is a modern midfielder, and operates as an attacking midfielder. However, he can also play in central midfield, either as part of a three-man midfield or as a deep-lying playmaker. He has also played further up the pitch as a second striker.

Fernandes is a dynamic and direct midfielder, who orchestrates play and pulls the strings on multiple fronts. Very often, he tries to spray passes the dictate the tempo of the game, He tends to go for risky throughballs often, and has a knack of losing possession at times. However, the quality of passes and the chances he creates more than make up for it.

Furthermore, as mentioned earlier, his goalscoring record is absolutely outrageous for a midfielder. Comparisons to Frank Lampard are legitimate, as he scores all kinds of goals. Striking from outside the box is his favourite route to goal, but he scores tap-ins and late run finishes as well. Moreover, he is an accurate free-kick and penalty taker, and has an astounding penalty conversion rate for United.

Off the ball, Fernandes is energetic and relentless. His pressing is aggressive and immediate, and his workrate is commendable. He drops to the back to pick up the ball and maintain possession or run at the opposing midfield. He also roams around key attacking areas on the pitch, to draw defenders towards him or to arrive late in the box to score goals.

Fernandes is a gem of a player, and would be a cog of any system of football. He is a complete midfielder, and is one of the best in the world today.

Sam Allardyce would do a better job at Arsenal: Tony Cascarino