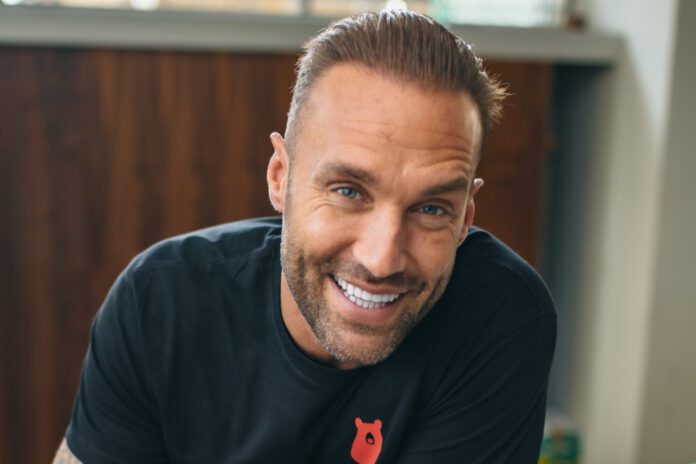 Calum Milan Best was born on February 6, 1981 (age 40), and is a British-American TV personality. He is the son of George Best, a footballer.

Calum has appeared in several reality shows and television series.

There is almost no information available about Calum’s academic background. But he has been involved in modeling for most of his life.

Calum was born in California in San Jose. His mother, Angie Best, was an English model and his father George Best was a Northern Irish footballer.

Best was brought up in Los Angeles, where during his mid-teens, he became a model.

He is associated with the National Association for Children of Alcoholics, a charitable organization from the UK which works to support children whose parents are alcoholics.

Calum moved back to his parents’ native United Kingdom back when he was 21 years old.

Best has had a dynamic career where he appeared in several reality series and TV shows.

He appeared in the reality shows Fool Around With on E4 and The Match on Sky One.

Best played his own character in the last episode of ITV’s Footballers’ Wives. Then in September 2006, he appeared in the ITV2 series Calum, Fran, and Dangerous Danan.

In this series, Best had the opportunity to travel on America’s Route 66 from Texas to Los Angeles with Paul Danan and Fran Cosgrave.

Towards the end of 2006, Best launched his own line of men’s fragrance called “Calum” in association with Jigsaw ESL.

RTÉ’s Livin’ With Lucy featured Best in 2008. Additionally, he also featured on MTV’s Totally Calum Best where he had to try his best to remain celibate for a period of fifty days.

In 2009, Calum was given the opportunity to become a guest judge in the reality television show Paris Hilton’s British Best Friend.

In this show, Calum had to test the flirting abilities of the participants.

Then in November the same year, Best presented a BBC TV documentary titled Brought up By Booze: A Children in Need Special.

This documentary talked about children who were brought up by alcoholic parents. Best cited various examples from his own childhood during the making of the film.

Then in 2010, Calum was given the chance to appear in Channel 4’s Come Dine With Me. Here, he shared a table with Janice Dickinson, Samantha Fox, and presenter Jeff Brazier.

On April 20, 2012, Calum hosted an online Bingo session via webcam at Bingocams UK.

In January 2015, he participated in the fifteenth series of Celebrity Big Brother and came in third.

Then in 2016, Calum became a part of the cast of the E! series Famously Single. The series follows eight celebrities’ journeys to find love.

He also participated in the second season of the series which premiered on June 25, 2017.

On January 3, 2017, Best returned to the nineteenth series of Celebrity Big Brother where he finished seventh.

The same year in March, he presented a documentary called My Best which was directed by Luigi Maria Perotti.

Additionally, he appeared in the third series of Celebs Go Dating the same year.

Then in 2020, Calum was a part of the eleventh series of Ex On The Beach.

The same year in December, Calum appeared on the Iain Lee Twitch stream a show based on ‘Loose Women’ but for middle-aged men. The filming for this would start in February 2021.

Calum Best has been in relationships with several women throughout his life.

Additionally, he has been engaged to Mandy Jiroux (2010).

However, according to reports, Calum is currently single.

Following his father’s death due to alcoholism, Calum started to drink every day and do drugs. He even revealed that he slept around a lot during that time.

However, he soon managed to recover from that downward spiral and took his life into his own hands.

Considering the fact that Calum appears in various television series, his main source of income is showbusiness.

Additionally, he is also into fashion and released several of his own fragrances.

His net worth is estimated to be around $8 million.