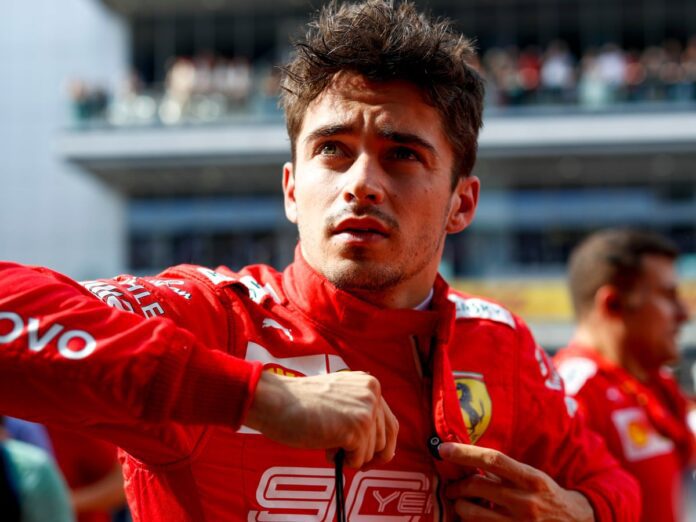 Ferrari driver Charles Leclerc has revealed that he disagrees with Lewis Hamilton that Formula 1 is a club for “billionaire boys”.

Back in May, Hamilton had made a claim stating that it would be impossible for a person from a working-class background to find a place in the sport.

“If I go back to where I started, growing up in a normal working-class family, there is no way I could be here — the guys you are fighting against have that much more money,” Hamilton had stated.

Charles Leclerc, who was born and raised in Monaco, seems to disagree with Hamilton on this claim.

“I understand Lewis’ point, but I feel like there are a lot of efforts on that at the moment,” the 23-year-old said.

“Lewis is trying to help it with The Hamilton Commission, and he’s doing a lot with it,” he added.

The Hamilton Commission was launched back in 2020 and aims to provide Black people a path into motorsports. The subjects that are taught are science, mathematics, and technology.

“Ferrari Drivers Academy for example is also trying to help people in general and diverse people all over the world,” Leclerc continued.

“They actually have a girl [Maya Weug] for example in their academy. It is definitely something we should all do better and all try to, but I feel like there are quite a lot of efforts in that too.

“The road is still long, but it’s going in the right direction, for sure,” he added.

Looking at the current drivers on the grid

Out of the 20 current drivers on the Formula 1 grid, Lance Stroll, Nicholas Latifi, and Nikita Mazepin are the sons of billionaires.

Additionally, Max Verstappen and Mick Schumacher are both sons of former Formula 1 drivers.

Leclerc is the godson of the late Ferrari driver Jules Bianchi. Jules lost his life in 2015 after a crash at the 2014 Japanese Grand Prix.

F1 always tries to bring about more diversity within the sport.

As a result, they have launched a series of scholarships, apprenticeships, and intern placements.

This is primarily for groups that are often under-represented.

F1 will not only fund the studies but also take care of the living expenses of 10 students from minority groups.

Each student will then be given a placement into a Formula 1 team.

F1 chairman, Stefano Domenicali, talked about how Formula 1 is trying its best to be as inclusive as possible.

“Formula 1 is a global sport with fans across the world,” he said.

“We want to be as diverse as our fan base and that is why we are taking action to ensure talented people from underrepresented groups have the best opportunities to get into, and build, a fantastic career in this amazing sport,” he concluded.