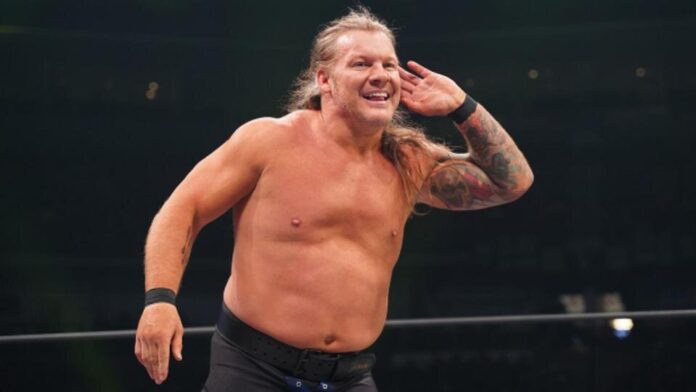 Christopher Keith Irvine, the son of a Canadian couple, was born on November 9, 1970 in Manhasset, New York. He is of Scottish ancestry. At the time of his birth, his father, ice hockey player Ted Irvine, was playing for the New York Rangers. Irvine’s family returned to Winnipeg, Manitoba, after his father retired. He is a dual citizen of the United States and Canada.

His first professional wrestling promotion experience came when he worked as part of the ring crew for the first tour of the newly formed Keystone Wrestling Alliance, where he learned valuable tips from independent wrestlers Catfish Charlie and Caveman Broda. He attended Red River College in Winnipeg, where he earned a bachelor’s degree in Creative Communications in 1990.

Jericho is currently signed to All Elite Wrestling (AEW), where he is the leader of the stable The Inner Circle.

In 2001, he became the first Undisputed WWF Champion, and thus the final holder of the WCW World Heavyweight Championship (then referred to as the World Championship), after defeating Stone Cold Steve Austin and The Rock on the same night.

Jericho is a six-time WWF/WWE world champion, having won the Undisputed WWF Championship once, the WCW/World Championship twice, and the World Heavyweight Championship three times. He also held the WWE Intercontinental Championship a record nine times, was the ninth Triple Crown Champion, and the fourth Grand Slam Champion in history.

Between ECW, WCW, WWE, NJPW, and AEW, Jericho has held 36 championships in total (including seven World Championships, and 10 Intercontinental Championships).

Jericho joined the heavy metal band Fozzy in 1999, and the band’s self-titled debut album was released the following year. The group’s early work is mostly comprised of cover versions, but since their third album, All That Remains (2005), they have primarily focused on original material.

On July 30, 2000, Irvine married Jessica Lockhart. They live in Odessa, Florida, with their three children, Ash Edward Irvine (born in 2003) and identical twin daughters Sierra Loretta “SiSi” Irvine and Cheyenne Lee “Chey” Irvine (born 2006). All three have appeared on his podcast, Talk Is Jericho, with his son talking about fish and his daughters talking about literature. Irvine is the owner of three cats.

On his ring finger, he has a tattoo of his wife’s name. On the back of his hand is the letter F, which stands for Fozzy. He has gradually gained a sleeve over his left arm since 2012.

The artwork from Fozzy’s album Sin and Bones, a Jack-o’-lantern (Avenged Sevenfold vocalist M. Shadows, who collaborated with Fozzy on the track “Sandpaper” from Sin and Bones, also got a matching tattoo), a lake monster, and himself from his WWF debut in 1999 are among his tattoos.

Jericho was awarded Manitoba’s Order of the Buffalo Hunt on July 5, 2004, for his wrestling accomplishments and commitment to working with underprivileged children.

Jericho is a fan of the Japanese convenience store chain Lawson, which he frequented while wrestling in Japan in the 1990s. Irvine continues to pay Lawson visits whenever he returns to Japan, whether to wrestle or to tour with Fozzy.

On February 7, 2009, a fan accused Jericho of punching her after she spat at him outside the Save-On-Foods Memorial Centre in Victoria, British Columbia following a live event. However, video evidence clearly showed that he did not make contact with the woman. As a result of the incident, they were detained by police but later released without charge.

Irvine and fellow wrestler Gregory Helms were arrested after leaving a bar on January 27, 2010, in Fort Mitchell, Kentucky. According to the police report, Helms punched Irvine and the other passengers in the cab. Later, fellow wrestlers Christian and CM Punk came to their aid.