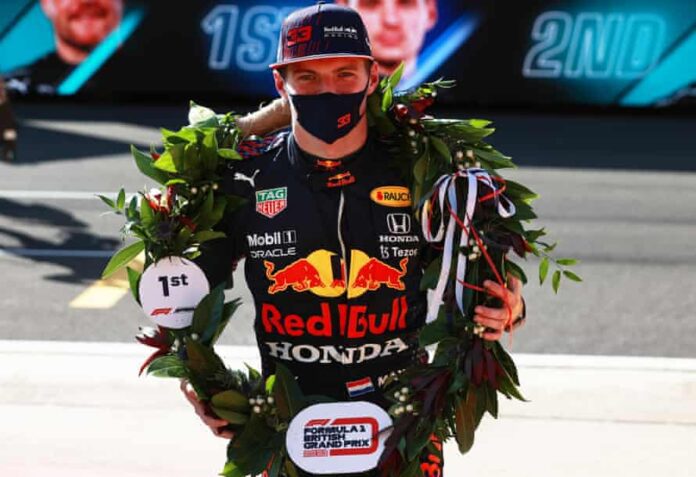 The sprint qualifying session at the British Grand Prix in Silverstone brought mixed feelings for the Red Bull outfit on Saturday.

While Max Verstappen starts the race from pole position on Sunday, his teammate Sergio Perez will start from the very last.

Red Bull team boss Christian Horner talked about how he has been exceptionally pleased with the Dutchman’s performance.

Horner was happy with Verstappen’s result after he beat Lewis Hamilton on his home circuit. Silverstone is a track that has been dominated by Mercedes.

“We broke the series of nine pole positions in a row by Mercedes,” the 47-year-old Briton said.

Horner also mentions how it was crucial for Verstappen to keep Hamilton behind his rear wing through the race.

“That’s what he did, and he held on to it until the end,” he added.

Horner, while proud of Verstappen, was not too happy about Perez’s placement on the grid for the race on Sunday.

“It’s a shame we don’t have Checo up there as well,” he admitted.

Perez’s car will be tuned to make it convenient for him to overtake. As a result, he will start the race from the pit.

The team boss also stated that he is not expecting a repeat of the sprints on Sunday considering the rising temperature.

“The Grand Prix will not be a repeat in terms of tyre wear,” he said.

“The higher fuel load at the start provides lower speeds in the corners, which makes it easier for the tyres in the early stages of the race.

“It will be interesting to see how that will affect things,” he concluded.