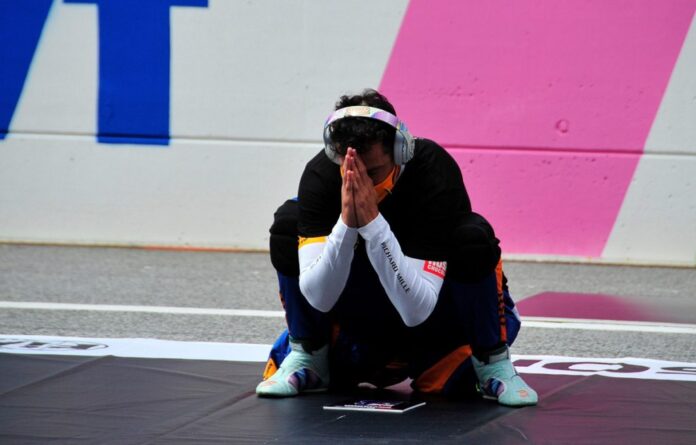 Daniel Ricciardo has been having a difficult time driving for McLaren this season especially after being outperformed by Lando Norris.

Ever since he switched from Renault to McLaren, he has been finding it absolutely difficult to settle into his new car.

Ricciardo’s old team boss, Christian Horner, however, still has hopes for Ricciardo and is expecting him to perform soon enough.

Christian Horner was called on the Beyond The Grid podcast as a guest.

Here, the presenter Tom Clarkson questioned him on the fact that Ricciardo is regretting his decision to depart from Red Bull.

“When he announced that he was leaving Renault, he called me last year,” the Red Bull team boss mentioned.

Horner also recalls what Ricciardo told him over the phone – “You’re probably thinking ‘I told you so’, and yes, you did.”

It was thus clear that the Australian had some regret over his decision. However, it was a decision that he needed to take at the time.

Ever since he joined McLaren, Ricciardo has been finding it difficult to bring out his form.

Lando Norris has been outperforming the Australian at every opportunity.

This has placed Ricciardo eighth in the driver’s standings with 40 points in his bag. Norris on the other hand has 101 points and is third.

“It’s sad to see him struggling so much right now, but he’ll get through it,” Horner said. “He’s still a great driver.”