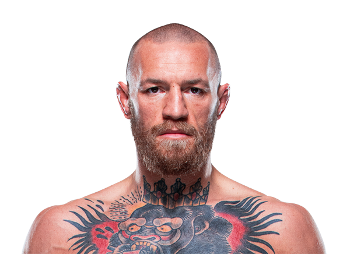 Conor McGregor is an Irish MMA fighter, boxer, and businessman. He was a featherweight and lightweight double-champion in the Ultimate Fighting Championship (UFC).

Conor Anthony McGregor was born on July 14, 1988, in Crumlin, Dublin, to Tony and Margaret McGregor. He grew up in Crumlin and went to Irish-language schools, including Gaelscoil Scoil Mológa in Harold’s Cross for primary school and Gaelcholáiste Coláiste de hde in Tallaght for secondary school, where he also discovered his love of football.

He used to play football for Lourdes Celtic Football Club in his youth. He also began boxing at Crumlin Boxing Club when he was 12 years old as a way to defend himself against bullies and boost his confidence.

McGregor moved to Lucan, Dublin, with his family in 2006 to attend Gaelcholáiste Coláiste Cois Life. While in Lucan, he met future UFC fighter Tom Egan, and the two quickly began training in mixed martial arts (MMA).

McGregor previously held the Cage Warriors featherweight and lightweight titles. At UFC 194, he knocked out José Aldo for the UFC Featherweight Championship 13 seconds into the first round, the fastest victory in UFC title fight history. McGregor became the first fighter in UFC history to hold titles in two weight divisions at the same time when he defeated Eddie Alvarez for the UFC Lightweight Championship at UFC 205.

Floyd Mayweather Jr. defeated him in his professional boxing debut. He is the most popular pay-per-view (PPV) draw in MMA history, having headlined five of the six most popular UFC pay-per-view events. His main event fight against Khabib Nurmagomedov at UFC 229 drew 2.4 million PPV buys, the most for an MMA event ever.

McGregor made his MMA debut on February 17, 2007, at the age of 18, in an amateur fight against Kieran Campbell for the Irish Ring of Truth promotion in Dublin. In the first round, he won by technical knockout (TKO). He turned professional after the fight and was signed by the Irish Cage of Truth promotion.

McGregor won his first professional MMA fight as a lightweight on March 9, 2008, with a second-round TKO over Gary Morris. After defeating Mo Taylor in his second fight, McGregor made his featherweight debut, losing via kneebar to submission specialist Artemij Sitenkov.

McGregor then defeated Connor Dillon at featherweight before moving back to lightweight for a fight against Joseph Duffy, in which he suffered his second professional loss after submitting to an arm-triangle choke.

Following this, McGregor went on an eight-fight winning streak in 2011 and 2012, during which he won both the CWFC Featherweight and Lightweight championships, making him the first European professional mixed martial artist to hold titles in both divisions at the same time.

The Ultimate Fighting Championship (UFC) announced in February 2013 that they had signed McGregor to a multi-fight contract. McGregor made his UFC debut on April 6, 2013, against Marcus Brimage at UFC on Fuel TV: Mousasi vs. Latifi. He won the fight by knockout in the first round. McGregor also received his first “Knockout of the Night” award as a result of his victory.

On 30 January 2015, the fight against Aldo was announced at UFC 183, and both McGregor and Aldo embarked on a 12-day world tour, visiting eight cities in five countries, including Aldo’s home country of Brazil (Rio de Janeiro) and McGregor’s hometown of Dublin. The tour began on March 20 in Rio de Janeiro and ended on March 31 in Dublin.

On August 10, it was announced that the event would take place on December 12th, with McGregor facing José Aldo for the UFC Featherweight Championship.

McGregor knocked out Aldo with a left hook thirteen seconds into the first round, ending his seven-year WEC and UFC title reign and eighteen-fight win streak to win the title and earn the “Performance of the Night” bonus. This was the fastest knockout in a title fight in UFC history.

On February 23, it was announced that dos Anjos had withdrawn from the fight due to a broken foot. Nate Diaz, the winner of The Ultimate Fighter Season 5 and a former UFC Lightweight Championship challenger, stepped in to fight McGregor.

McGregor tapped to the submission at 4:12 of the second round, prompting referee Herb Dean to step in and call the fight off. Both competitors received “Fight of the Night” bonuses, and McGregor received the highest disclosed purse of any fighter in the company’s history up to that point, $1,000,000.

A rematch with Diaz was scheduled for July 9 at UFC 200; however, on April 19, the UFC announced that McGregor had been removed from the event due to failing to fulfill media obligations related to the fight.

On September 27, it was officially announced that McGregor’s next fight would be for the UFC Lightweight Championship against Eddie Alvarez on November 12 at UFC 205.

After dropping Alvarez several times in the first round, McGregor landed a multiple-punch combination in the second round to stop his opponent via technical knockout. This was the first time a competitor held UFC titles in two different weight classes.

Despite retirement talks, McGregor was scheduled to face former UFC Lightweight Championship challenger Dustin Poirier in a rematch of their 2014 fight at UFC 257 on January 24, 2021.

He was defeated by technical knockout in the second round, his first knockout loss in his career. McGregor was later given a six–month medical suspension following the knockout.

Following the conclusion of UFC 223 on April 7, McGregor’s UFC Lightweight Championship was stripped due to inactivity, and Khabib Nurmagomedov was crowned the undisputed champion after defeating Al Iaquinta at the event.

On 3 August, it was announced that McGregor would return to the Octagon on 6 October for UFC 229, where he would face the undefeated Khabib Nurmagomedov for the UFC Lightweight Championship. This fight was regarded as one of the most important in the sport’s history, and it was surrounded by a lot of hype leading up to it. In the fourth round, Nurmagomedov submitted McGregor with a neck crank.