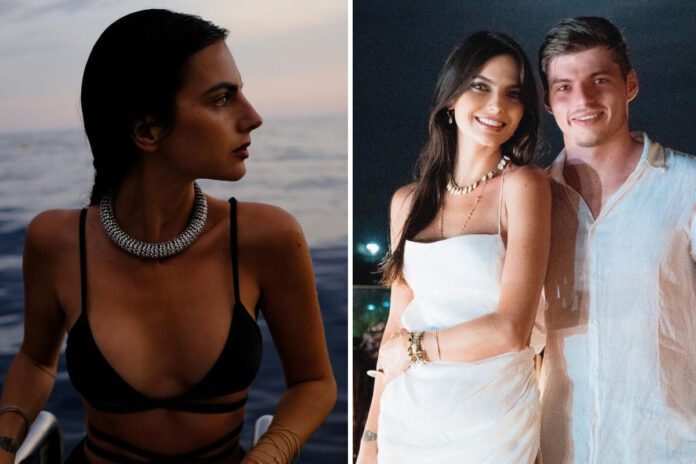 Formula One drivers are known for their larger-than-life way of living off the grid. It is, after all, one of the most glamorous sports in the world.

But, even these stars need a support system to keep their engines up and running. As the famous ‘Eagles’ song goes, love will keep us alive.

We have curated a list of the wives and girlfriends of top Formula One drivers.

The Scuderia Ferrari driver has been in a relationship with Charlotte Sine since 2019. She is a model and an Instagram influencer. It is rumoured that Leclerc met his current girlfriend through his ex-girlfriend, her friend Giada Gianni.

Max Verstappen has his eyes set on Kelly Piquet:

Kelly Piquet is the daughter of three-time F1 World Champion Nelson Piquet. A beautiful model and social media influencer, she seems to have captured the heart of the Red Bull driver. Surprisingly, this isn’t her first time dating a F1 driver as she has previously dated Daniil Kvyat.

Vettel has been in a long-term relationship with his childhood friend turned wife. Thy moved in together in 2010 and decided to tie the knot in 2019. The couple have three children together.

The Red Bull racer has been married to Carola Martinez since 2018. Astonishingly, their marriage was blessed by Pope Francis himself. As of 2021, the couple has two children, a son and a daughter.

Bottas is currently dating Australian road cyclist Tiffany Cromwell. She has won two Giro d’Italia Femminile tours. She strives for excellence and hopes to make it to the Olympics one day.

There is, of course, Lewis Hamilton. He has, indeed, dated some fine women himself. To check out some of the best-known ladies that he is known to have been associated with, follow the link below!

Carlos Sainz Sr. consciously stepping away from son’s races – “He...