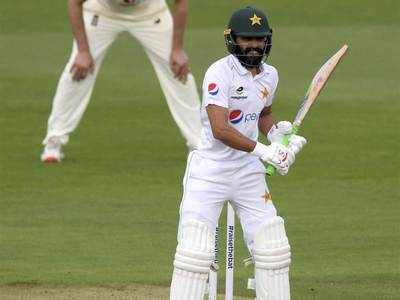 Fawad Alam struck his sixth Test century in Sabina Park, leading the charge against the West Indies. After being hurt owing to cramping on the first day, Alam resumed his innings at 76. Before skipper Babar Azam declared the innings, he scored an unbeaten 124 runs to help Pakistan reach 302/9.

Alam had been out of the national team for over a decade. His performance, on the other hand, caused some to doubt the board’s choice to leave him off the team.

When asked how he feels when people who were responsible for his exclusion from the national squad congratulate him, Alam said that his duty is to play cricket and perform for the national team.

“My job is to play cricket. If I start enjoying things that other people say or do, then my cricket will stop there. I am just thankful to Allah and nothing else. Everything is according to the will of Allah, and we have no power over anything,” Fawad Alam said in an interview with Cricket Pakistan.

“I just try to follow a straight path. Things happen in everyone’s career. Everyone has ups and downs. If you keep on the right path, then good things happen. If people are praising me then it is an honour for me.”

Fawad Alam on his journey

Alam has been an important part of Pakistan’s team since his return to Test cricket. When he couldn’t get a spot on the national circuit, Alam returned to the local circuit to build up his runs.

“Maybe if I was in the national side in the past, I might not have achieved everything I eventually did. Whatever Allah does for someone is good. We also pray to Allah to give us things that are good for us and I think this was really good for me,” Alam concluded.