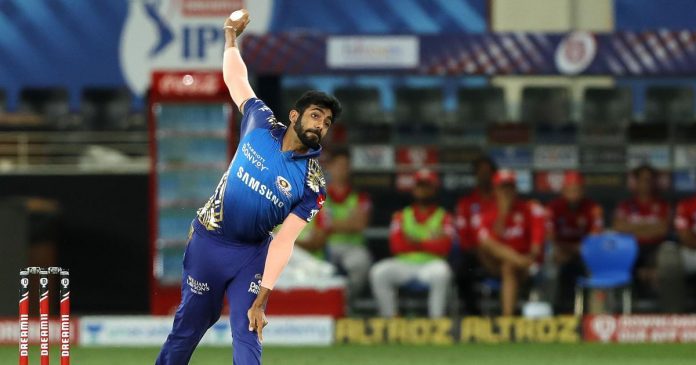 In the Indian Premier League, Jasprit Bumrah has emerged as a vital player of the Mumbai Indians’ (MI) bowling attack (IPL). The right-arm pacer has an uncanny action and is capable of bowling perfect yorkers as well as well-directed bouncers that often leave batsmen in a tizzy.

He has experienced a sharp rise to prominence. Much of the credit for unearthing such a talented bowler can be attributed to Mumbai Indians’ scouting team.

Now, Bumrah has revealed how the Mumbai Indians (MI) franchise’s talent scout, John Wright, discovered him. Wright had come to see a domestic T20 play between Mumbai and Gujarat, according to Bumrah, and he was unable to pick up many wickets in that match.

Wright then came to see Bumrah for one more match, and even inquired about him. Bumrah claimed that he was then contacted by the Mumbai Indians, who asked if he wanted to join them.

While in conversation with Dinesh Karthik on Sky Sports, Bumrah says, “I was just selected for the T20 competition, and that was just my second game and it was against Mumbai. So, John Wright had come to watch Akshar. I didn’t know I would get picked. I didn’t pick a lot of wickets, I just picked one but I bowled really well, I didn’t give a lot of runs.

“So, he came to watch one more game. He enquired and PP (Parthiv Patel) told me that he was asking about me. I thought he was clearly joking and making fun of me. After a few days, I got a call from the Mumbai Indians and they asked me, ‘Are you interested?’ I said, ‘Of course, I am interested, that’s not even a question. Are you guys interested?’”

Jasprit Bumrah also mentioned that he formed an exciting relationship with Lasith Malinga, the Sri Lankan fast-bowling icon who was also a member of the Mumbai side. Malinga, according to Bumrah, thought the Indian pacer had the ability to perform well with the ball in hand.

Bumrah stated that his partnership with Malinga has been fruitful and that he remains in contact with the Sri Lankan. Bumrah concluded by saying that Malinga taught him a lot.