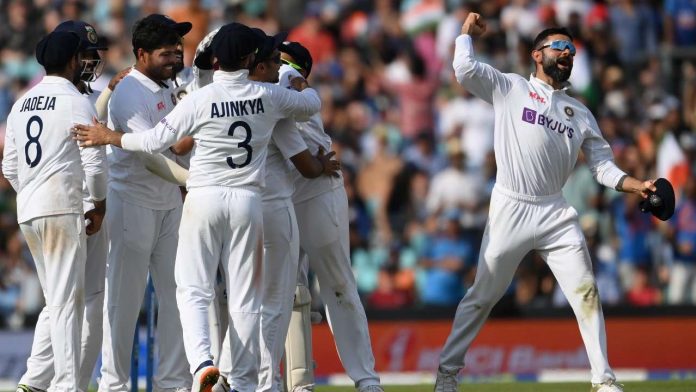 Another member of the Indian team in England has got the virus, causing the team’s practice to be cancelled ahead of the fifth and final Test in Manchester’s Old Trafford, as well as placing the series’ last rubber in doubt.

The players and other support staff members have been advised not to leave their hotel rooms till further notice, according to reports in The Hindu.

The news of yet another staff member contracting the virus comes after India’s head coach Ravi Shastri, bowling coach Bharat Arun, fielding coach R Sridhar, and physiotherapist Nitin Patel were forced into isolation in the run-up to the Manchester Test after Shastri returned a positive lateral flow test, followed by a positive RT-PCR test result.

Despite the fact that, with the exception of Shastri, no other member had initially returned a positive result, they are all still being held in isolation as a precaution. However, these later returned positive results as well.

The Board of Control for Cricket in India (BCCI) has constructed a separate bubble for each team player in order to facilitate a smooth bubble-to-bubble transfer on September 15 in time for the Indian Premier League’s (IPL) second leg.

Given that the T20 tournament was halted earlier this year in India due to the discovery of Covid-19 cases inside the bio-secure bubble, it’s unclear whether the BCCI would proceed with the fifth Test in Manchester in light of the recent revelations.

The support staff members in isolation had already said that they would not travel to Manchester due to their necessary quarantine practices – according to UK regulations, everyone who returns a positive RT-PCR must practice self-isolation for a minimum of 10 days.

Read More: Kartik Tyagi: Why he could enjoy long-term future in Indian blue

Rohit Sharma has taken his batting up a notch in this...