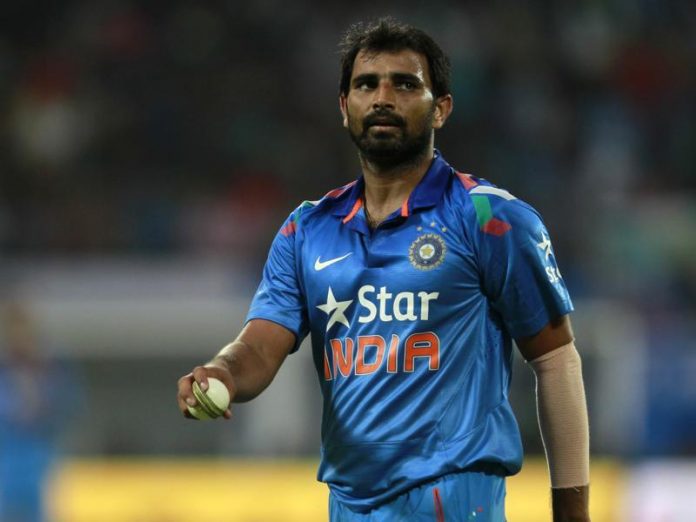 Punjab Kings and Royal Challengers Bangalore are playing in the Indian Premier League’s 48th match. RCB have already completed their innings and amassed a total of 164 runs.

Experts like Ashish Nehra and Ajay Jadeja spoke about Mohammed Shami ahead of the game, stating that he is a superb bowler in all forms.

Shami did take three wickets, although he was a touch expensive. In his last three games, he has only returned with respectable results.

In a similar vein, Nehra stated that Shami has never appeared to be out of touch. He bowls well in all formats and is currently doing well for Punjab.

“Shami is a bowler who does well across formats, not only white-ball or IPL. He plays some games and sits out in some but never ever looks on the lean patch.

“He has been doing well in the IPL too especially when there are so many good Indian bowlers to choose from. However, it is even good to see that PBKS are now playing him regularly and he is just exceptional regardless of the situation,” Nehra said on Cricbuzz.

Ajay Jadeja also spoke about Shami’s bowling, saying that despite being a pacer, Shami never seemed stressed. “He simply shows there and goes about his business with ease. He’s still taking wickets in the UAE leg, and we’re hoping he’ll keep doing so,” he said.

Shami took three wickets in the match against RCB, dismissing Shahbaz Ahmed, Glenn Maxwell, and George Garton. However, in his four overs, he went at 9.75 runs per over.

Maxwell was at his best from the RCB end, smashing a superb fifty (his third in a row). He was finally sent back to the dugout by Shami.

Punjab put on a strong reply, but eventually crumbled under pressure as Bangalore edged them in a close encounter.

Sunil Gavaskar fails to find place for Shreyas Iyer in his...