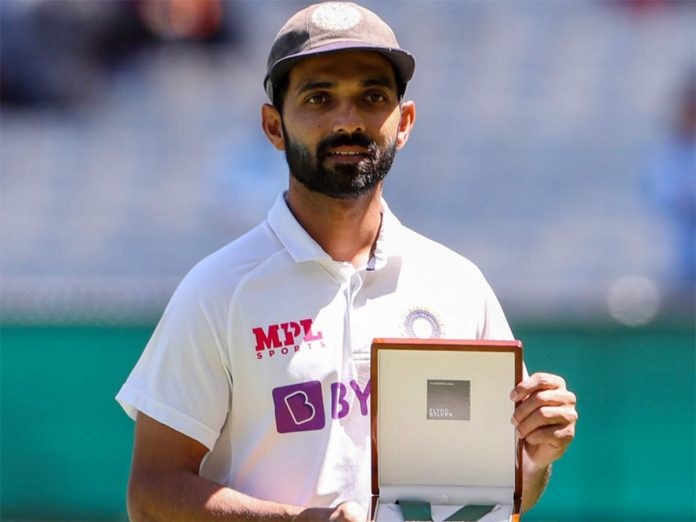 Ajinkya Rahane hasn’t had much luck recently, as the Indian vice-captain has struggled to score runs. The veteran has struggled against the swing red cherry in the ongoing series against England.

Apart from a 61-run knock at Lord’s, Rahane hasn’t done much in the series. As a result, many fans and professionals have questioned his status in the starting line-up.

Surprisingly, after failing in the first three Tests, Rahane was demoted to number sixth in the batting order. The strategy, however, backfired, as the 33-year-old was unable to contribute much in the fourth Test.

At the Kennington Oval in London, the right-handed hitter went for a three-ball duck in the second innings after scoring 14 in India’s first innings.

Former Pakistani Danish Kaneria, speaking about Rahane’s recurrent failures, stated the team management is attempting to preserve the veteran by moving him down the order. Kaneria stated that Rahane has been out of form and that either Suryakumar Yadav or Hanuma Vihari should take his place in the playing XI.

“I don’t understand why they are saving Ajinkya Rahane. If he isn’t able to perform in this innings then let the gates open for Suryakumar Yadav or Hanuma Vihari. Rahane is not in form and he doesn’t know where his off-stump is. If you know a player isn’t in form then you should have replaced him. A message goes to the opposition that you are saving the batsman,” Danish Kaneria says on his YouTube channel.

In this series, Rahane has only managed 109 runs in seven innings, averaging just over 15 runs per inning. As a result, it will be intriguing to watch whether the team management sticks with him or makes a change for the fifth Test, which will be held in Manchester.

Meanwhile, the stakes in the fourth Test, which is currently underway, are quite high. With the series tied at 1-1 after the first three games, the winner of this match would take a commanding 2-1 lead in the series.

As a result, in order to win, both teams must leave no stone unturned.

Dale Steyn net worth: How much does the South African cricketer...