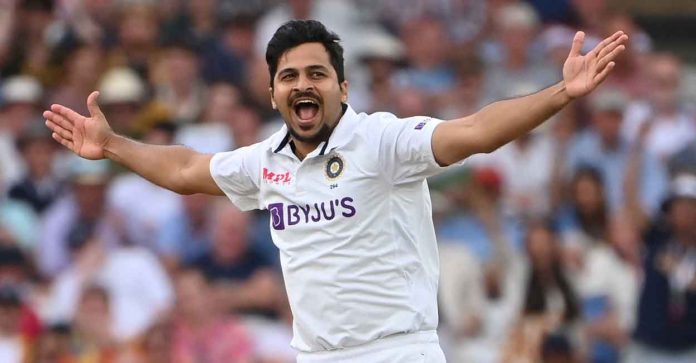 Shardul Thakur’s 57-run knock against England on the first day of The Oval Test, according to former Pakistan star Inzamam-ul-Haq, will be crucial in the game. When most of India’s top-order batters failed, he praised Thakur’s confidence and hitting style.

Virat Kohli should have scored more after he got himself in, according to Inzamam, referring to the fact that the skipper was removed soon after reaching his half-century when he nicked Ollie Robinson behind to Jonny Bairstow.

Inzamam, speaking on his YouTube channel, said, “You might think that India has been dismissed for a very low score (191). But the way the ball was swinging and seaming, the Indian score is not bad. It was a difficult track to bat on and I saw this kind of a surface after a very long time in Test cricket.”

“There was moisture in the pitch, the weather was cold too. So, the ball kept on swinging throughout the duration,” he said.

On Kohli’s performance, he said, “Fifty runs might not be a big score, but scoring that on this pitch was not easy. He could have scored a bit more because he was set, but he played well for his runs. And he got dismissed on a brilliant delivery.”

Shardul Thakur, who hit a counter-attacking half-century packed with seven fours and three sixes, was praised by Inzamam. When India was 127/7 at one point, Thakur’s 36-ball 57 ensured that India’s total got closer to 200 runs.

“The way Shardul Thakur batted was brilliant. He played with such great confidence. Even the proper batters before him could not play on that track, but he started playing straight shots right from the start.

“His confidence looked very high. It looked as if he is batting in the nets and not an international game. The runs he scored would prove vital in this game going forward.”

Inzamam went on to say that India’s strikes later in the first day had well set up the contest.

Virender Sehwag net worth: How much is former India opener worth...

Wasim Jaffer says Ajinkya Rahane has been a major disappointment