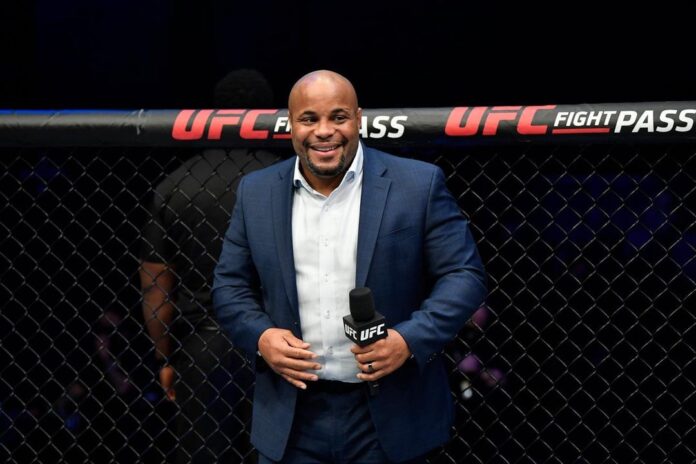 Daniel Cormier has a net worth of $6 million as a retired American mixed martial fighter and former Olympic wrestler. Cormier became the second fighter in UFC history to hold titles in two weight classes at the same time during his MMA career. He was also the first fighter to successfully defend titles in two different weight classes.

Cormier is an international wrestler who has been a member of the US World or Olympic Team six times outside of the UFC octagon. He is a World bronze medalist.

In addition, he finished second in the World Cup of Wrestling and earned gold and bronze medals at the Pan American Games. He has won the Pan American Games twice. Cormier competed in Strikeforce and King of the Cage before entering the UFC, winning heavyweight titles in both organisations. He joined the UFC as an analyst and commentator after retiring from the sport.

Daniel Ryan Cormier was born in Lafayette, Louisiana on March 20th, 1979. He was born into a family of four siblings. His father was shot dead when he was seven years old. Daniel became a serious wrestler during his high school years.

He won three Louisiana State Championships having lost only twice after graduating. He finished his high school career with an astounding 101-9 record.

Cormier went to Colby Community College in Kansas after graduation. Before transferring to Oklahoma State University to wrestle in Division I, he maintained his wrestling career by becoming a two-time junior college national champion. He was highly effective despite losing six times against Cael Sanderson and falling just short of being an all-American.

Daniel Cormier entered the world of freestyle wrestling after graduating from Oklahoma State University with a sociology degree. He secured the fourth position in the 2004 Olympics. Following that, he competed in the Wrestling World Championships, the Pan American Games, and the Real Pro Wrestling League. In 2008, Cormier decided to pursue a career in mixed martial arts. Daniel initially began training as a kickboxer to strengthen his striking

Cormier was one of Strikeforce’s up-and-coming fighters by 2010. During his stint in Strikeforce, he defeated Jason Riley, Devin Cole, Jeff Monson, Antonio Silva, and Josh Barnett among others.

In 2013, Daniel fought Frank Mir for the first time in the UFC. Following that, he defeated competitors such as Roy Nelson, Patrick Cummins, and Dan Henderson. Cormier was already one of the most well-known MMA fighters at this point.

Daniel lost against Stipe Miocic for the second time in 2020 following which he declared his retirement.

Daniel has focused his efforts as a wrestling instructor since quitting MMA. He is the current head wrestling coach of Gilroy High School in Gilroy, California. He started this job before he retired and has been coaching kids ever since.

Zabit Magomedsharipov dealing with serious health issues – “Will not return...

“Being forced and bullied”: Sanchez reveals how UFC tried to trick...