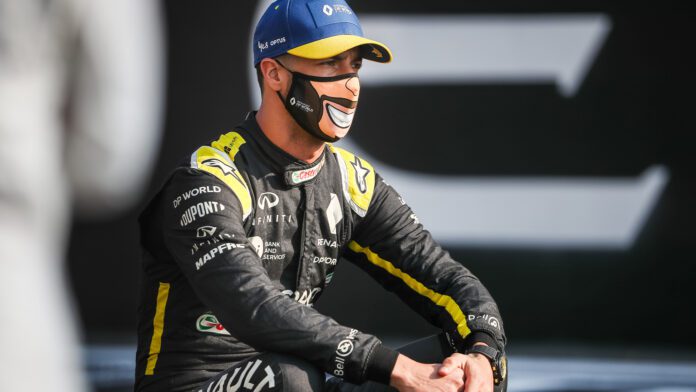 McLaren driver Daniel Ricciardo has not had it all his own way this season, despite the frenzy surrounding his move to a team that had made considerable strides in the preceding 18 months.

Ricciardo has been forced to largely be content with a fight in the midfield and has only once bettered teammate Lando Norris all season in a race.

While his Renault run did see some reward in his final season with the team, one can’t help but wonder whether he has ever regretted his decision to leave Red Bull in the first place.

Granted, Max Verstappen was and still is the team’s “chosen one”, but through years of being at the Austrian outfit, Ricciardo had commanded a sense of respect at the team. Featuring on the podium was not a distant dream there. In fact, he performed shoeys in back-to-back races while he was still there.

Christian Horner, who has overseen a whole lot of changes at Red Bull as the team’s principal, looked back on Ricciardo’s time at the team.

Horner was asked if he felt Ricciardo ever regretted making the change. “When he announced that he was leaving Renault, he gave me a call in the shutdown last year,” Horner said.

He then narrated Ricciardo’s response. “Ricciardo said: ‘You’re probably thinking ‘I told you so’ and yeah, you did.”

Horner further stated that Ricciardo had made his mind up about leaving Red Bull and it was something he felt he had to do.

“It was a decision he felt he needed to make at that time.”

Did Ricciardo make the right decision?

Ricciardo spent 5 years at Red Bull and was often even ear-marked as a potential world champion. While he has reiterated in recent times that the drivers’ championship remains his main aim, his optimism has also been dimmed. A couple of months ago, he suggested that “it wouldn’t be the end of the world” if he didn’t get crowned world champion.

For such a positive and bubbly personality, the last few years could not have been all that easy.

While it is bullish to claim that you live with no regrets, even the greatest of players in their sport have acknowledged that no one truly walks away at the end of their career without wishing they had made some changes.

One can’t help but wonder how things may have panned out for the Australian driver had he stuck it out at Red Bull. Even for the boss of his former team, seeing Ricciardo struggle is not easy.

“It’s sad to see him having the struggles he’s having at the moment… sure he’ll come through them,” Horner says optimistically.

Read more: Daniel Ricciardo can’t get away with ‘heartbroken’ excuse – “He clearly had the speed”