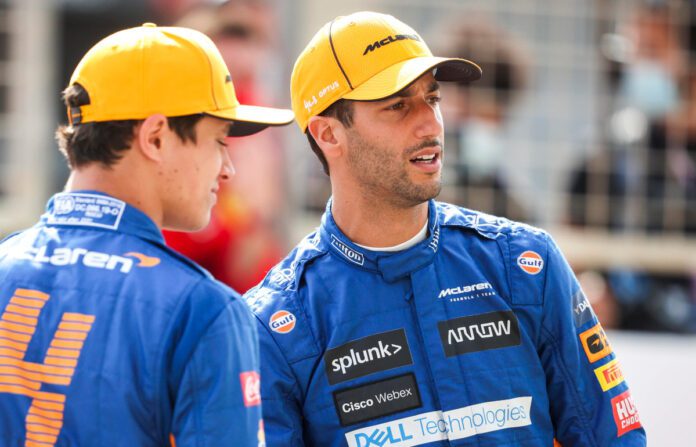 McLaren driver Daniel Ricciardo has dismissed his critics for their opinions on his season.

Ricciardo’s move from Renault to McLaren was labelled as the move of the season. However, it has been a lacklustre season for him, and his performances have been mixed.

Although he has shown flashes of his renowned brilliance, he has been consistently outperformed by teammate Lando Norris. Many fans have questioned the Australian for his dipping races. In an interview, Ricciardo dismissed the critics, and said that criticism is a part of the sport.

As reported by Bandt.co.au, Ricciardo said, “I think that no matter what industry you’re in, there are always going to be people who would do things differently to you.

“You have to just totally back yourself and know you made that decision at that moment based on a lot of training and knowledge, and if maybe it wasn’t the right one, well, you’ll at least learn from it.”

Ricciardo and Norris are in the thick of the action, fighting for P3 in the Constructor’s Championship. Winning a race is something he has done seven times before. However, this season has seen the top two teams in such imperious form that if McLaren has to win, they will have to bottom out. Ricciardo concurred, saying that aspect is not under his control.

“It’s just the way the sport works and not much I can do about it. I actually like that it’s a team effort–it sort of makes you feel like you’re really a part of something and you want everyone to do well, so it creates a good team mentality,” Ricciardo said.

Ricciardo sits P9, with 50 points to his name. With his teammate Norris in P3, it is clear he needs to step up. The second half of the season is upon us. He will be eager to prove a point to his critics.

Lando Norris appreciates Hamilton’s mid-race praise; Claims to not do something...