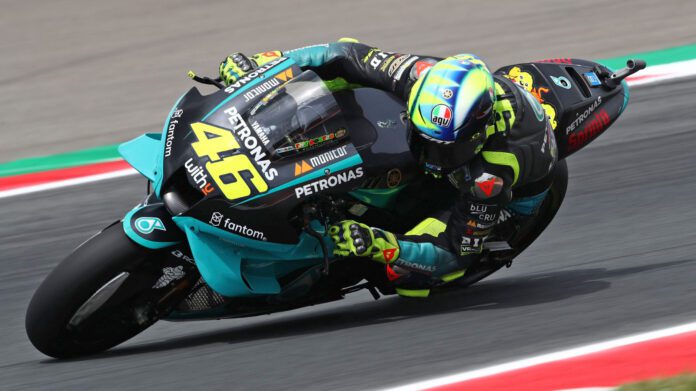 Rossi announced his retirement from MotoGP after a stellar career. The whole sporting fraternity came together to congratulate the legend on his illustrious achievements. Among those was Ricciardo, who heaped praise on the Italian rider.

Ricciardo took note of “the joy, happiness, and excitement (Rossi) brought to so many TV’s and race tracks around the world.”He claimed that Rossi’s legacy will never be matched, and wished him the best for his future.

Ricciardo also suggested he would visit Rossi at his Italian ranch at the end of the F1 season. He ended his emotional message to Rossi by saying, “On behalf of pretty much the whole world, grazie! You’re a f**king legend mate. WLF.” For those not in the loop, ‘WLF’ is a nod to the letters inscribed on Rossi’s leathers.

Rossi is one of the greatest racers of all time, and a definitive MotoGP G.O.A.T. He was also a potential F1 legend in the making, having auditioned for Ferrari in 2006. Shockingly, he finished within half a second of Michael Schumacher, who is only one of the greatest ever to drive an F1 car.

Ferrari was blown away by the incredulous efforts of Rossi, and offered the position of a test driver to him. The role would later transition into being a member of the satellite team. If Rossi cleared that hurdle, he would become a driver for the Italian constructor. However, Rossi did not take up the offer, and continued to race on bikes.

We are sure Rossi will not be disappointed with how his career panned out. But as fans, we would have killed to see him strap himself into the cockpit of an F1 car and go flat-out on track. It remains one of F1’s biggest what-ifs. However, we salute Rossi for his achievements, and wish him the best for the future.

Daniel Ricciardo does not want to ‘resent’ F1 by setting unrealistic...

Max Verstappen ready to bounce back in Hungary after massive Silverstone...