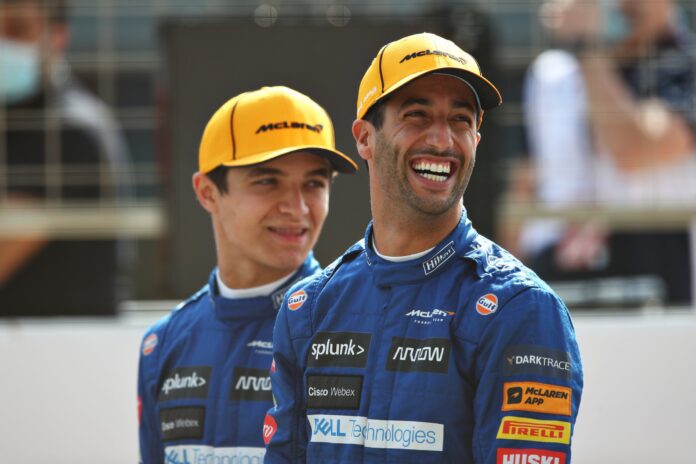 Daniel Ricciardo had to endure a difficult start to the 2021 season. He struggled to fit into his new team and could bring out his old form only at times.

Looking back at his struggles so far, the Australian gave himself a rating out of 10. He disclosed that the current season has been just a 5/10.

He also stated that because of his age, he might not win five titles. Despite that, he claimed that he could win a title for the Woking-based team.

He also said that he would start performing to his capability by December.

How did he rate his performance?

“I beat Lando in qualifying in Bahrain, which is funny because when I look back at that I think ‘oh, that’s a 10’,” said Ricciardo.

“I mean, I did tell McLaren that I would be half a second faster, but when it comes to the team spirit and the atmosphere here, I’m very, very happy.

“We just have to do our thing on the track and get the stopwatch to work. I think I just have to drive better in the position we’re in at the moment.”

“At the same time, we don’t want me to lose what put me here in the first place.

“When you have a clear head, the lap times come. Obviously, I’d like to set the fireworks off now, but we know that time is on our side to get it done,” he concluded.

Daniel Ricciardo is currently 31 and at the peak of his career. While there is a great amount of talent, his stint in Formula 1 has been underwhelming.

But this could primarily be blamed on his time back in Red Bull where he had an unreliable car.

However, with McLaren, he has more dynamic range to help his performance and he probably could chisel out a title win.

Read More: Martin Brundle analyses Mercedes’ shortcomings in what was a flawed race for the team