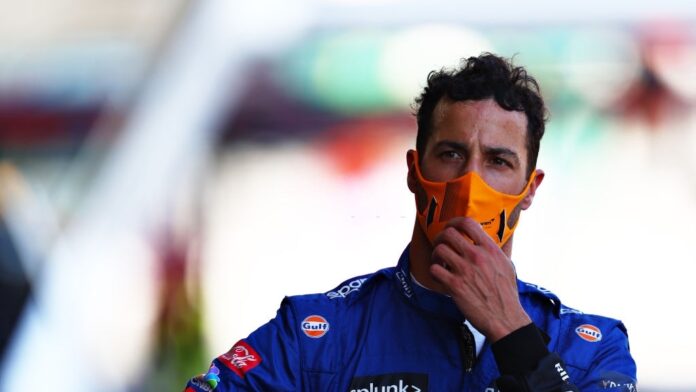 Daniel Ricciardo did not have the best time in Monaco and is looking to recover from the damage that was done.

His McLaren teammate Lando Norris has taken the lead while Ricciardo has had a difficult time during all five races of the season.

The Australian, however, managed a P5 finish during the first practice session in Baku on Friday.

During the second practice, he earned P13 but still put out great laps most of the time. This led him to reveal the reason for his performance improvement.

Through the first five races, the Australian has managed to score only 24 points. This is one of the worst start among all his F1 seasons.

He hopes that through Baku, he will be able to improve his standings and Friday was a testament to that.

“I did quite a bit of work from Monaco into this race, spent a few days on the sim. And I think the work has paid off,” he said.

With one more practice session left before the qualifying, the Honey Badger wants to keep the pace going.

It is worth noting that Ricciardo had himself said that it is a method used mostly by youngsters and that he did not really see the benefit of it earlier in the season. Tough times.

With a much-improved performance in Baku, Ricciardo has his priorities set for the weekend.

He reckons that he just needs to execute all his practice on the grid now.

“Everything feels as expected. I just gotta now execute what I know I can do, and just put it all together.” said the 31-year-old.

When he was asked what position he is expecting from the qualifying, he joked, “Somewhere between 1 and 20! We’ll see.”

While 2017 was a winning year for the Australian in Baku, he would hope for history to repeat itself this season.

Read More: Valtteri Bottas net worth: How much is the Finnish F1 driver worth and where does he spend his money?

“Anyone but Renault”: Red Bull yet to fully forgive Ricciardo for...