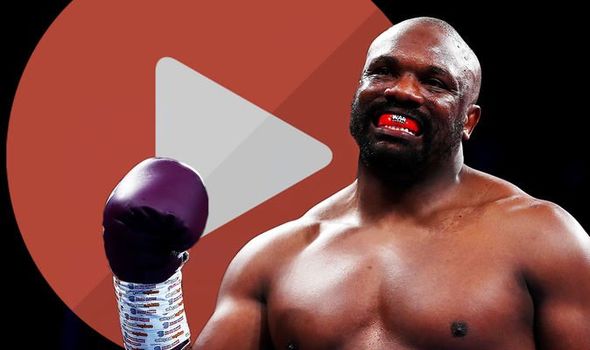 Derek Chisora is a British professional boxer of Zimbabwean origin.

Derek Chisora was born on December 29, 1983, in Mbare, a suburb of Harare, Zimbabwe. He went to Churchill School as a teenager. Chisora and his family immigrated to the United Kingdom when he was 16 years old, settling in Finchley, London.

Chisora featured in around 20 amateur fights and won a gold medal at the Four Nations Championships as well as the 2006 ABA super heavyweight title after defeating Tom Dallas in the final.

Chisora challenged Vitali Klitschko for the WBC heavyweight title once, in 2012. He has held multiple regional heavyweight titles, including the British and Commonwealth titles from 2010 to 2011, as well as the European title from 2013 to 2014. He won the ABA super-heavyweight championship as an amateur in 2006.

Chisora began his professional career with Frank Warren’s Queensberry Promotions and was trained by Don Charles. Chisora made his professional debut on February 17, 2007 at the Wembley Arena in London, defeating Hungarian István Kecskés in the second round via technical knockout (TKO).

Chisora won a four-round PTS victory over Paul Butlin at the York Hall in January 2008, his third points victory in a row, to improve his record to 4–0.

Chisora defeated former world title challenger Danny Williams for the British heavyweight title on May 15, 2010 at the Boleyn Ground in London. Chisora set the tone in the first round, putting Williams under pressure before dropping him with a left hook in the second. Williams beat the count but was met with a barrage of punches, prompting referee Howard Foster to call the fight off.

Chisora defended his British and Commonwealth heavyweight titles on July 23, 2011, against undefeated prospect Tyson Fury; both men entered the fight with a 14–0 record. The fight was also televised live on pay-per-view in the United States. The fight was picked up by Outlet Integrated Sports, which charged $24.95 for a live broadcast at 3 p.m.

Fury and Chisora met for a rematch on November 29, 2014 at ExCeL London. The fight was broadcast live on BoxNation. The fight was dubbed “The Fight for the Right” because it was the final eliminator for the WBO heavyweight title and a shot at champion Wladimir Klitschko.

Fury used his jab to annoy Chisora and stayed on the outside, creating distance with his longer reach. Chisora failed to land any telling punches and ended up hitting Fury below the belt due to Fury’s awkward fighting style. Referee Marcus McDonnell warned Chisora in the first round.

Chisora and Klitschko fought for the WBC heavyweight championship on February 18 in Germany. Chisora had a good chin and did most of his work on the body. Klitschko won by unanimous decision with scores of 118–110, 118–110, and 119–111.

On July 14, 2012, Chisora fought David Haye at Upton Park in a fight billed as ‘Licensed to Thrill.’ Haye outscored Chisora in the first two rounds, but Chisora rallied in the third, landing several shots, including a left hook that rattled Haye at the end of the round. He managed to beat the count, but the referee ruled that he was unable to continue, giving Haye the TKO victory.

Chisora would fight for the vacant WBO International heavyweight title on July 20 at the Wembley Arena, against undefeated American boxer Malik Scott (35–0–1, 12 KOs). Chisora won the fight with a controversial knockout in round 6 after an overhand right. Throughout the game, Scott was warned by the referee for repeated fouling and clinching, but he was not penalised.

A rematch was announced on Sky Sports Box Office on November 1st, with a date of December 22nd at The O2 Arena. Chisora weighed 246.2 pounds and Whyte weighed 246.5 pounds. Chisora was knocked out in the eleventh round. At the time of the stoppage, two judges had Chisora up 95–94, while one judge had Whyte up 95–94.

On March 11, 2020, it was announced that Chisora would face undefeated former undisputed cruiserweight world champion Oleksandr Usyk on May 23, 2020, live on Sky Sports Box Office at The O2 Arena in London.

The fight had to be rescheduled due to the COVID-19 pandemic. Chisora faced Usyk on October 31, 2020, and was defeated unanimously. Usyk used his superior footwork and stamina to wear down Chisora, who became fatigued and exhausted later in the fight while attempting to keep up with Usyk.

On March 19, 2021, it was announced that Chisora would face former WBO heavyweight champion Joseph Parker for the vacant WBO Inter-Continental heavyweight title on May 1, 2021, live on Sky Sports Box Office.

Chisora dominated the first round, knocking Parker out with a big right hand in just seven seconds. In the early rounds, he closed the distance and pressured his opponent, but Parker rallied in the mid-to-late rounds, boxing well off the back foot and effectively using his jab to win a split decision, with scorecards of 115–113, 116–111, and 115–113 in his favour.

Derek Chisora’s net worth is estimated to be around $5 million. His fights provide the majority of his income. In addition, he has put money into the farm to supplement his income. Chisora’s pay per view is expected to rise in tandem with his growing popularity in the United Kingdom.