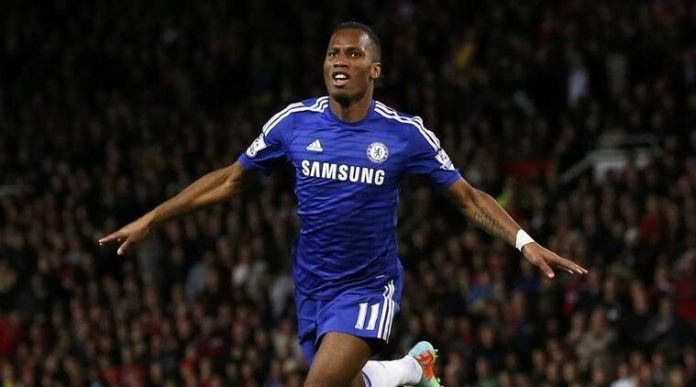 Didier Drogba is a retired Ivorian football player who played as a striker. He is one of the greatest African players of all time, and one of the most prolific strikers to play in the Premier League.

Drogba is one of the best Chelsea players in the club’s history, and helped the North London side to major honours. He is remembered for his shooting power, goalscoring, link-up play and an ability to turn up when it mattered. Who can forget the iconic “DROGBAAAAAAAA!” goal in the Champions League final against Bayern Munich?

Drogba started his career at Le Mans, before traversing Ligue 1 and playing for Guingamp and Marseille. He then signed for Chelsea, and history was made. The 24 million pounds Chelsea paid for him was scoffed at, but Drogba would silence all the doubters in the years to come.

Drogba’s net worth is $90 million, and at one point in his career, he was earning an estimated salary of $15 million per year. Chelsea won the league title for the first time in five decades with him leading the line. Drogba took it one step further during the 2006-07 season, wherein he scored 33 goals and won the Golden Boot.

Throughout the next few seasons, Drogba continued to play at a higher level, but was also involved in many controversies. He also struggled with many injuries. Drogba ultimately left Chelsea to play for Shanghai Shenhua and Galatasaray. He returned to Chelsea for one last season, winning the league in 2015. Then, he finished off his career at Montreal Impact and Phoenix Rising.

Drogba’s brand value is exceptional, and he has been at the forefront of quite a few campaigns, monetary or otherwise. In 2009, Drogba donated 3 million pounds to the construction of a hospital in Abidjan, his hometown.

He had signed a deal with Pepsi, and earned a lot of money. Drogba is the founder of the Didier Drogba Foundation, and every charitable act he does is handled by the foundation. He was involved in the partnership with Nike and U2 frontman Bono, and spread awareness about HIV and AIDS. He also purchased a 5% stake in a gold mine in his home country.

Drogba’s brand also helps him in his humanitarian ventures. He played a major role in stabilising his nation during times of trouble. He was successful in getting a ceasefire when combatants started fighting after Ivory Coast qualified for the World Cup in 2006. He also pushed for a qualifying match for the African Cup of Nations in Bouake, which is an area held by rebels.

This was a diplomatic victory, and eased tensions in the nation. The United Nations honoured him by appointing him as a Goodwill Ambassador for the UN Development Programme.

Sergio Aguero out till November due to calf injury