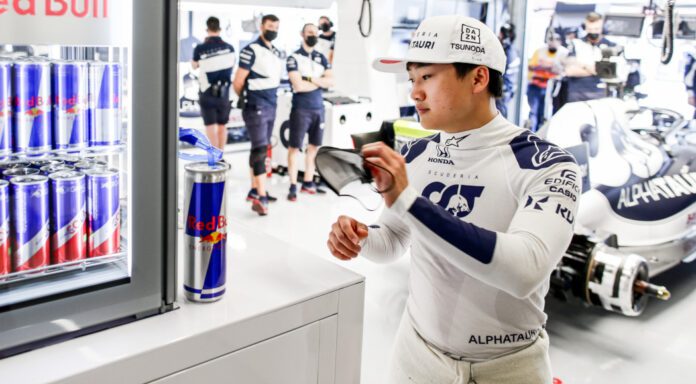 Tsunoda made the transition to F1 after securing P3 in Formula 2 last year. He has had a mixed season so far. While he has shown flashes of brilliance, he has been very inconsistent. His teammate Pierre Gasly has done almost all the heavy lifting for AlphaTauri.

Eggington has backed Tsunoda, saying his improvement is noticeable. He played down his rookie struggles, saying they are not to be made a big deal of.

“If you consider any first-time driver in F1 who’s had any length of career, they have ups and downs,” Eggington told Motorsport.com.

“I can think back to my time in previous teams where at the start of the season with a young driver, there was a mixture of exuberance and bad luck. And before you know it, you are five races in and scratching your head and going ‘what’s gone on there?’”

“It’s not unusual for me. It’s frustrating and challenging, but it’s not out of the blue. I think some of the added focus is on the fact that he had a good opening race. The car’s competitive, and then the expectation goes up, but you’re still on that same learning process.

“If you are in focus and towards the front when it happens all of a sudden the question marks seem to be a little bit more intense, but for me, I don’t see anything out of the ordinary,” Eggington concluded.

Tsunoda’s promotion came during a time when F1 has never been more complex. As a result, his adaptation should have been more of a challenge.

“If you got a younger driver in the car, it is even harder, because that track time has more value. There is so much going on, but (Tsunoda) is on the learning curve, it’s a steep curve and he’s doing a fantastic job,” he concluded.

Read more: Yuki Tsunoda gets another pasting from Helmut Marko – “His head is also there to think”