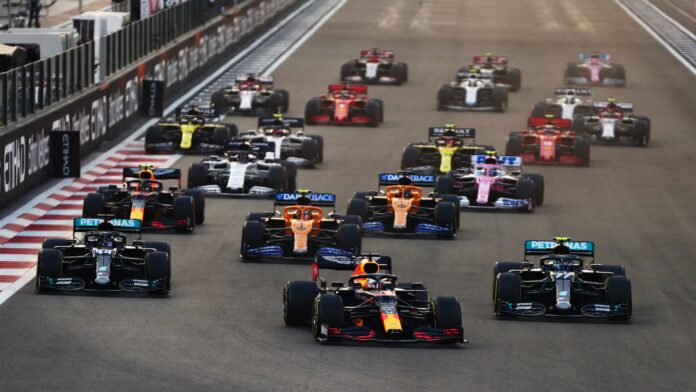 Fastest Driver is the latest insight by F1 in collaboration with Amazon to compile a list of the fastest drivers in the sport in the last 40 years.

The list has been compiled by studying the timesheets of drivers from back in 1983 till the present day and works to provide an objective ranking.

The drivers have been ranked by qualifying speed after considering factors such as weather, tyre condition, and even the age of the driver.

Three-time World Champion Ayrton Senna topped the list and was closely followed by Michael Schumacher with a time differential of +0.114 seconds.

The third spot was taken by Lewis Hamilton with a relative time of +0.275 seconds.

Director of Data Systems, F1, Rob Smedley mentioned that this type of modeling has been used by F1 teams to pick their drivers.

“Within the team environment this type of modeling is used to make key decisions on driver choices,” he said.

“As drivers are more often than not the most expensive asset of the team it is important that the selection process is as robust as possible.

“A process such as this therefore would be deployed by the F1 team’s strategists in order to present the most objective and evidence-based selection possible,” he said.

The list has been compiled after considering one key factor – raw speed during qualifying laps, even though there are several other aspects that can be compared.

“Fastest Driver enables us to build up a picture of how the drivers compare, by analyzing the purest indication of raw speed, the qualifying lap – and it’s important to note this pure speed is the only element of the vast driver armory we are analyzing here, to showcase the quickest drivers ever, which is very exciting.” Rob continued.

Dean Locke, Director of Broadcast & Media F1, explained his excitement to work on the project.

He was particularly astonished by the process of studying the various variables that went into creating the list.

What did Locke say?

“This has been such an exciting project to work on,” he added.

“Stripping back the man from the machine and looking at a wealth of data of each driver throughout history.

“With the help of AWS we have been able to address something that has been asked for many years and rank drivers by the one raw attribute of pure speed in one flying lap, across the ages, regardless of how good their car is or isn’t,” he concluded.

Read More: Carlos Sainz already has his sights set on next podium – “Proud of the progress we have made”

Max Verstappen does not fit into Mercedes’ brand identity due to...

Big name from outside the sport defends Vettel – “Reasons both...