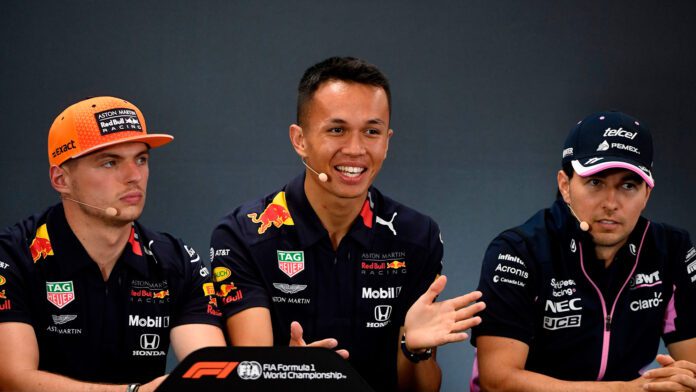 Alex Albon has revealed that Red Bull’s decision to sideline him was “torture.”

Albon was left out of F1 by the Milton-Keynes outfit for the current season. They replaced him with Sergio Perez. Albon is still the reserve driver for Red Bull, but the Thai is not happy with the situation.

Albon revealed that Red Bull’s decision to sideline him was “torture”, saying that he hates being forced to watch F1 instead of driving for it.

“When you’ve been in F1, and you’re at the race tracks watching it, not driving but being there, it’s tricky to sit there and relax. I got better at it during the year. At the first race, it was torture.

“But I got into the rhythm of it. If anything it increased my desire to be back on the grid, not just for friends and family but also the fans and everyone who has supported me – it motivated me and kept me going to get the seat.”

Albon will be making a return to F1 next season. He will be strapping himself to the seat of a Williams, and will be partnering Nicholas Latifi in 2022.

The driver credited Red Bull for helping with his return and move to Williams. He addressed the perception of Red Bull being ruthless and toxic, and stressed that they were very helpful.

“They get a bad rap for a lot of stuff,” Albon said.

“But at the end of the day, they’ve been extremely helpful. They’ve helped me talk with Williams and get all this stuff sorted out. It’s nice to feel that trust and belief in me.

Daniel Ricciardo says it was “more difficult” to compete against Max...