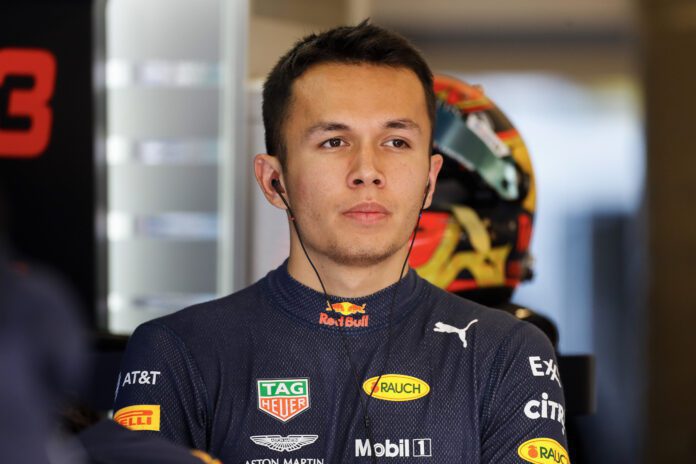 The talk among the F1 community is that Verstappen automatically casts a shadow over anyone who straps himself into the Red Bull seat. Over the years, drivers like Pierre Gasly, Sergio Perez, and the aforementioned Albon have failed to perform on his level.

Albon replaced Gasly, and lasted around a season and a half. He failed to come close to Verstappen’s level, and was subsequently sent packing for Perez. Even the Mexican is struggling to be as quick as Verstappen, and is getting routinely outperformed.

Albon dismissed the idea of Verstappen ruining his teammates, saying all that is just talk, and that Verstappen is a hard act to emulate.

“To be honest, all the stories about pressure are a bit of a myth,” Albon said, as quoted by f1i.com.

“The bottom line is that the driver puts the pressure on himself, that comes from you. The media are much more aggressive there (in F1). You are still there to perform and do your job well.”

Albon will return to F1 after a year on the sidelines. He will be joining Williams next season, after part-time involvement in the DTM. The Thai driver spoke about his experience with DTM.

“There are hardly any test days in Formula 1. So far I’ve had three this year.

“But the GT cars are different from Formula 1 vehicles. If you are good in the DTM, that doesn’t mean anything for Formula 1. As a racing driver, of course, you want to be good everywhere.

“(Red Bull advisor) Helmut (Marko) enjoys the DTM, he likes racing there. I was even surprised by how much he likes the DTM,” he concluded.

Ricciardo apologises for his mistake at Russian GP – “I should...