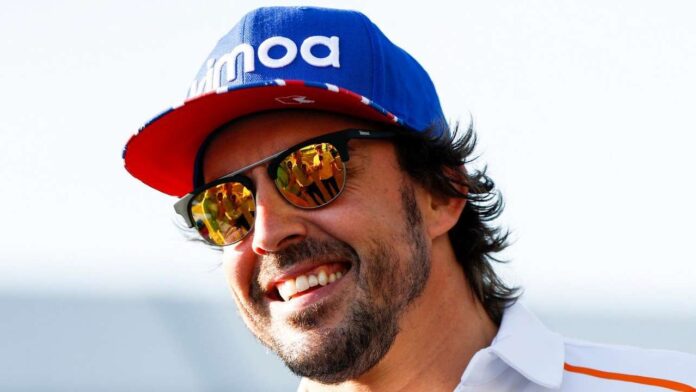 Fernando Alonso has snubbed Lewis Hamilton for Max Verstappen for the title of being the best on the grid today.

Alonso spoke about his thoughts on Verstappen, and how no one would want to compete against him at the moment. He also suggested that the main thing that makes the Dutchman so impressive is his connection with Red Bull.

Speaking to RacingNews365.com, Alonso snubbed Hamilton for Verstappen for the title of being the best driver this season.

“At the moment, he’s the only one that I will not be happy to maybe compete (with),” Alonso said.

“I respect Max a lot. So, at the moment in the Red Bull environment with his team, with his experience there, I don’t think that many drivers can join Red Bull and beat Max. If you took Max out of Red Bull, maybe you have a better chance.”

Many would have thought Alonso would rate Hamilton the most, given his relationship with him. The two drivers were teammates at McLaren, but the two-time world champion is of the opinion that Verstappen is the best in F1 today.

“I think he (Verstappen) is on top of the game at the moment, I consider him the best in the paddock right now,” Alonso said.

“His improvement was very noticeable in the first couple of years. He started already at a high level but, sometimes, making a few accidents here and there, maybe too much aggression in some of the movements and things like that.

“Now, I think he reached a level of maturity that is very high and, with his natural speed, it becomes quite difficult to beat him now for any one. So I think he’s the favourite for this year and probably for the years to come,” he concluded.

Read more: Alonso questions F1’s plans of spicing up the sport – “No sport is so worried!”

“It didn’t go well”: Perez reveals how Marko and Horner both...