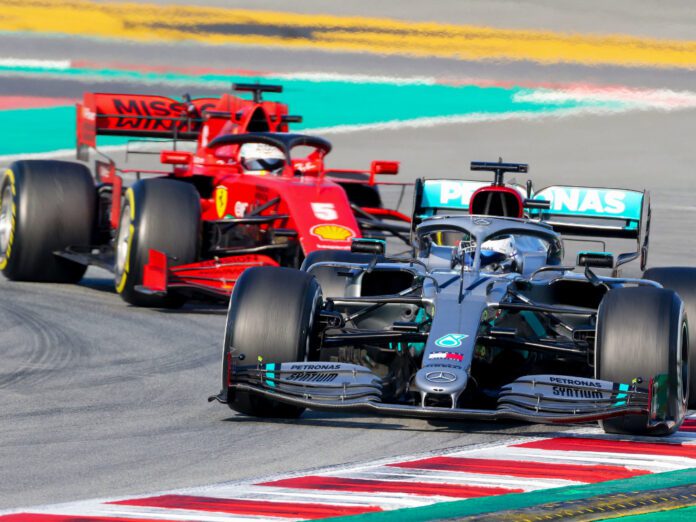 Mattia Binotto has weighed in on Mercedes’ trick, which they apparently employ during races.

Before the Dutch GP, Red Bull alleged that Mercedes was using a trick that was illegal. The trick in question was involved in the cooling of the air near the Mercedes engine. Apparently, the sensors are places in locations which detect warmer temperatures, which means they get away with colder ones. As a result, they have more horsepower and a distinct advantage.

Red Bull took the matter to the FIA, but there has been no update so far. It was revealed in some reports that Red Bull have a supporter in Ferrari, and that they have also approached the FIA. Binotto denied these rumours, and weighed in on Mercedes’ trick.

Speaking to Motorsport.com, Binotto said, “No, we haven’t, although like all teams, all constructors, we always try to understand what our opponents are doing.

“We analyse the images and look at the GPS data. We had some doubts and we discussed it with Red Bull.

“I personally spoke with Christian Horner about it, but we did not submit any questions for clarification to the FIA.”

Those in the know will remember the 2019 fiasco, where Ferrari was in Mercedes’ place for their engine. Binotto talked about that controversy, and explained why that was different from this one.

“The FIA measures came about because there were people who misinterpreted the principles of the regulations. This is no different than what happened in 2019,” Binotto said.

“Why are there differences in attitude? Maybe we exposed ourselves too much in the media then and we were attacked by our competitors.

“I think it’s important to emphasise that what happened then is no different to what’s happening now. That always happens in Formula 1.”

“No bullsh*t stories with him”: Max Verstappen sees Helmut Marko as...