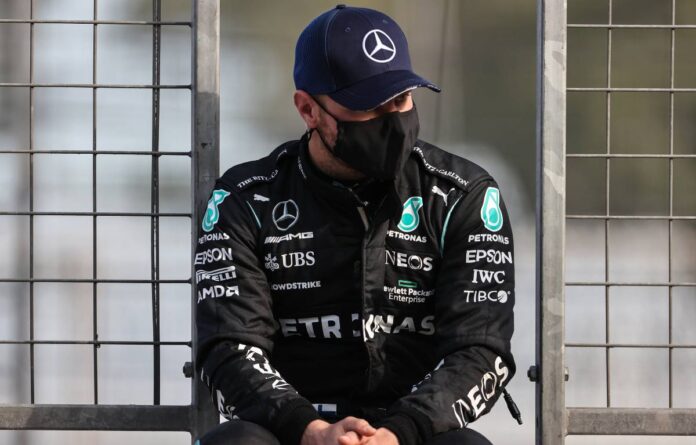 Valtteri Bottas has backed Mercedes despite their recent setbacks and issues plaguing their season.

Mercedes are facing reliability issues regarding car components. Bottas has been the one dealing with the brunt of the problems, taking many engine penalties in recent races.

This has led them to concede more ground to their title rivals. This is unfamiliar territory for the seven-time champions, who are usually very clinical.

The German team stated earlier that they were taking penalties to avoid a massive pileup of problems at the end of the season. This has come with costs, and that is them trailing in the Drivers’ Championship.

However, Bottas backed Mercedes despite their recent setbacks, and assured that he was confident in the team.

“The team must be working so hard on this case,” Bottas told RacingNews365.com.

“I think we’re getting more confidence on what is actually happening, and how to prevent things.

“I have my fingers crossed (that) that’s it for the engine penalties for me, but obviously we’ll see as we go. But for now, everything’s good.”

Bottas is currently third in the WDC, and has Sergio Perez 35 points behind him. Perez races for title rivals Red Bull, and everyone is of the opinion that the two drivers are rivals this season.

When asked if he considers the Mexican to be his rival on track, Bottas said, “If I’m honest, I don’t even know the points situation.

“I know I’m third. I don’t know the gaps. I don’t know who is fourth. I don’t really think about it that way. I just try to look ahead, (and) try to score maximum points for the team and for myself.”

Bottas will leave Mercedes at the end of the season, and will leave for Alfa Romeo in 2022.

Read more: Bottas offers explanation to fractured Lewis and Max relationship – “I saw them having a chat in Turkey”

WATCH: The changing emotions of Toto Wolff after Hamilton fail in...

Prost and Binotto at loggerheads over proposed reverse grids – “I...