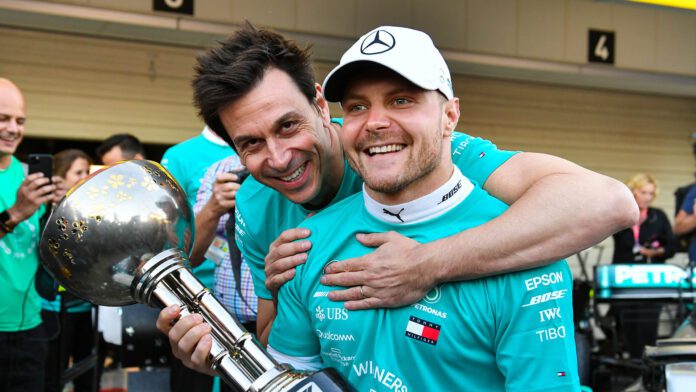 Valtteri Bottas has delivered a cheeky response after disobeying team orders at the Dutch GP.

Bottas was done dirty by Mercedes at the Dutch GP. Even though he wasn’t as fast as his teammate Lewis Hamilton or Red Bull’s Max Verstappen, he was still comfortably third. But he was asked to pit one too many times, and then it just got worse.

Bottas pitted with two laps to go, clearly to set the fastest lap. As he was flying and doing good, Mercedes intervened and told him to abort his lap. Chief Strategist James Vowles appeared on radio to tell Bottas to abandon the effort so Hamilton could secure the fastest lap point.

Bottas complied with the orders, but he still set the provisional fastest lap until Hamilton pipped him. In the post-race interview, Bottas denied that he went all-in for the fastest lap. He defended his decision to pit, but not before delivering a cheeky response after disobeying team orders.

“To be honest, there was quite a big gap behind, so for safety reasons, it was a good thing to stop,” Bottas said.

“I was pushing on the first lap in sectors one and two like flat out. And then they started asking me to slow down at the end of the lap. I was playing around, really.

“Obviously, Lewis needs that one extra point more than me. He’s fighting for the world championship for drivers. As a team, we’re trying to get maximum points. That’s how it is,” he concluded.

Team Principal Toto Wolff assured the team was okay with what happened. He said Bottas did not defy team orders as such, and that he only came on the radio to put the point to Bottas again.

“That was a bit cheeky but understandable,” Wolff said.

“Valtteri is always on the receiving end because this championship is so tight. He lifted off massively in the last sector, and it was clear that Lewis would do the quickest lap and Valtteri knew about it.

“In the end, Lewis in his fight for the drivers’ championship got the point, and it’s all good,” Wolff concluded.