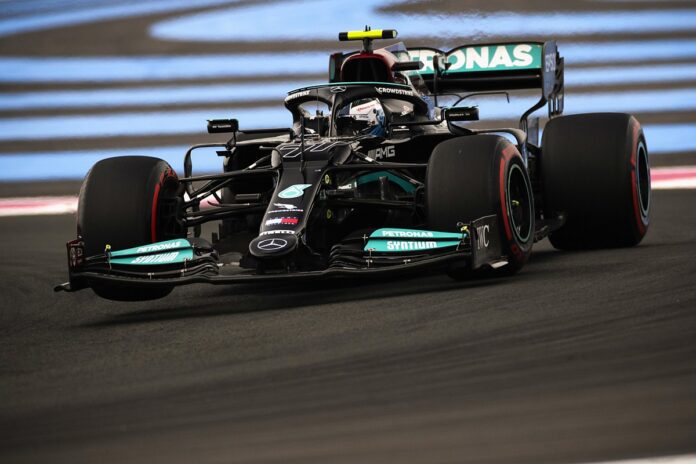 Bottas would have started the race in seventh position were it not for an absolutely bizarre call from Mercedes. Hours before the lights went out at Sochi.

Mercedes announced that Bottas will be using another power unit, when he had taken a new one in the previous race at Monza.

Many speculated that Mercedes was deliberately booting Bottas to the back of the grid to pin Max Verstappen behind him and prevent their rivals Red Bull from scoring points.

However, that part of the strategy proved to be a failure, as Verstappen romped all the way back to P2. Bottas ended up finishing fifth, sparing some of Mercedes’ blushes.

After the race, the Finn was in no mood to let the incident pass. Bottas roasted Mercedes for their questionable Russian GP tactics on Instagram, and poked fun at the team with a meme.

Bottas had become a meme template after the Italian GP, where he looks back at something and then ignores it. He had every reason to be miffed with the strategy.

While hindsight is 20/20, starting seventh could have seen him take a podium, or even a win given his recent form.

However, Bottas was not completely imperious either. His task was to contain Verstappen, but the Dutchman wasted little time in overtaking the Mercedes. Bottas gave his thoughts on that embarrassing overtake, and took responsibility for his poor driving.

“I didn’t really see him coming. I have to watch. He managed to push his way forward faster than I did,” Bottas explained.

Mercedes’ strategy paid off in some fashion towards the end, but luck favoured a lot of drivers at Sochi, and three of them were Hamilton, Verstappen and Bottas.

The Finn was stuck out of the points until rain arrived to save him. In the wet, he made no mistake and went on to finish P5 as chaos unfolded behind him.

Read more: Norris summoned by the stewards after pit lane incident, likely not to get penalty

“It would have been easier had I kept driving”: Rosberg explains...