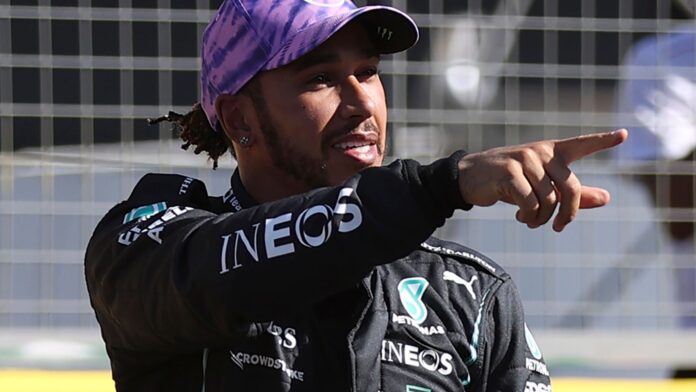 F1 partnered with Motorsport Network to conduct a global survey, in collaboration with Nielsen Sports. The poll was conducted to determine who F1’s most popular driver was.

Max Verstappen led the results, earning 14.4% of the votes. McLaren’s Lando Norris took second place, narrowly ahead of Hamilton. There were over 167,000 votes, and they came from over 187 countries.

The Mercedes driver led the poll in 2017, which was the last time the survey had been taken. This time, Hamilton trailed Verstappen by 1.9% of the votes received.

Domenicali was surprised at Hamilton not topping the fan favourite poll, but admitted that he is pleased to see a younger generation rise up.

When asked if the result surprised him a bit, the F1 CEO said, “Well, I have to say, yes, in a way.

“But on the other hand, if you think about the demographic of the people that are more involved in these kind of (votes), I think that you understand why Lando has a great audience, in that respect.

“It’s more connected to the fact that he has an approach with them that is fresh, in a way that is more close to the people that are following that. That is my personal view.”

The future is bright

Domenicali also gave his take on McLaren and Norris scoring very strongly in the poll, and said that he is pleased to see the sport’s future in good hands.

“I don’t want to give a bigger magnitude than what it is, but for sure it’s a sign that, as I always said, we don’t have a problem with the drivers for the future,” the Italian continued.

“We have an incredible group of young, very talented and very good drivers that is of value for Formula 1.

“For sure, Drive to Survive had a big impact, mainly on the ones that were not really so avid fans of Formula 1. They saw different narratives with regards to that sport. For sure, it had a positive impact,” he concluded.

Read more: Domenicali says they were called by many countries to host a GP – “We had so many requests”

Rosberg highlights “diligence” as difference between Schumacher and Hamilton