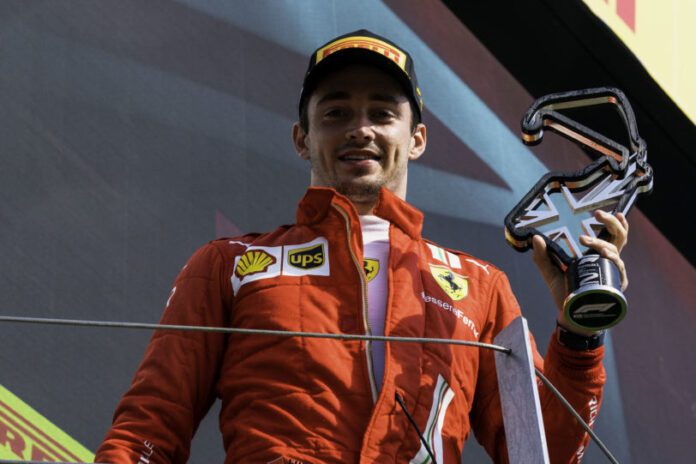 During FP2, Leclerc was doing the business, but suddenly, something strange happened. The Ferrari driver confused fans watching towards the end of the second practice session with his radio message. It left everyone scratching their heads, since he was acting very secretive on it.

Leclerc told his team he was going to drive into the pit lane. However, he didn’t specify the reason. He said it was a problem he couldn’t talk about, and ended up pitting.

Ferrari clarified the speculation around the incident, and explained Leclerc’s bizarre radio message.

“Charles, we cut his session a few minutes short as he was feeling slightly unwell”, Ferrari said in a statement, as quoted by GP Blog.

The incident threw up a lot of worries for Ferrari and Ferrari fans. If Leclerc couldn’t make it for the sprint, they would have had a miserable race day. They also did not have any reserve driver available on short notice to fill in for him if things got bad.

The rumours started floating that Antonio Giovinazzi could replace Leclerc. However, that would leave Alfa Romeo without a driver for the Italian race weekend.

Alfa Romeo themselves are in a bit of a bad spot, with Kimi Raikkonen missing the weekend due to COVID-19. Reserve driver Robert Kubica is filling in for him. It was rumoured that Callum Ilott could make his debut if Giovinazzi went to race for Ferrari, but all of that was put to rest soon.

Leclerc ended up starting the race, and finished sixth in the sprint. With Valtteri Bottas’ penalty, he will start the race in P5. Ferrari have looked slow all weekend, and with top contenders in front of him, it will be an uphill task for Ferrari to go higher.