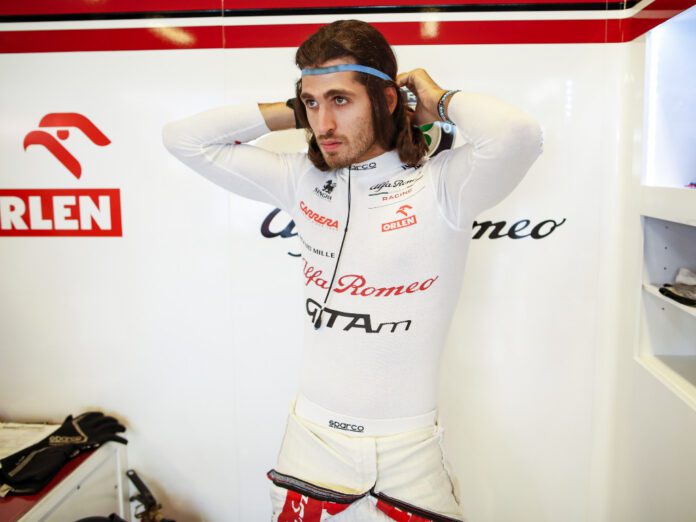 Antonio Giovinazzi has sent an angry message to Alfa Romeo, saying that merit and hustle in F1 has all but died.

Giovinazzi has lost his seat for 2022, and will be replaced by Guanyu Zhou next season. The reason Zhou has been signed by Alfa Romeo is fairly obvious, as he comes with extensive backing from Chinese sponsors. This will help the team ease their financial burdens.

Unfortunately, this comes at the expense of the Italian driver, who has had no financial backing at all and has battled his way to F1. He has also been solid for his team, which makes his forced exit all the more disappointing.

Giovinazzi sent an angry message to Alfa Romeo, stating that he is disappointed to see talent being secondary to financial benefits.

“F1 is emotion, talent, cars, risk, speed,” he wrote on his social media handles, along with a picture of himself sitting in a toy Ferrari car as a child, as quoted by motorsport.com.

“But when money rules it can be ruthless. I believe in the surprise of an unexpected result, of big or small victories achieved thanks to one’s commitment.

“If this was my first picture on a F1, the last still has to be taken.”

Alfa Romeo will race through Giovinazzi for the remaining three races, after which they will say goodbye to him. They are also excited by the arrival of Zhou, and opened up on how the move could be beneficial for them.

“Everybody’s excited. It’s not just about Alfa Romeo, Orlen or another one, you know that everybody’s trying to develop commercial links with China, and this is the best way to do it,” team principal Frederic Vasseur said.

“It’s much more about potential. It could be much faster than ’23/’24. For us and our sales department, it’s a huge opportunity, and we have to work on it.”

Read more: Did Bottas sign for Alfa Romeo with Ferrari in mind? – “I’m sure there are rewards for me”